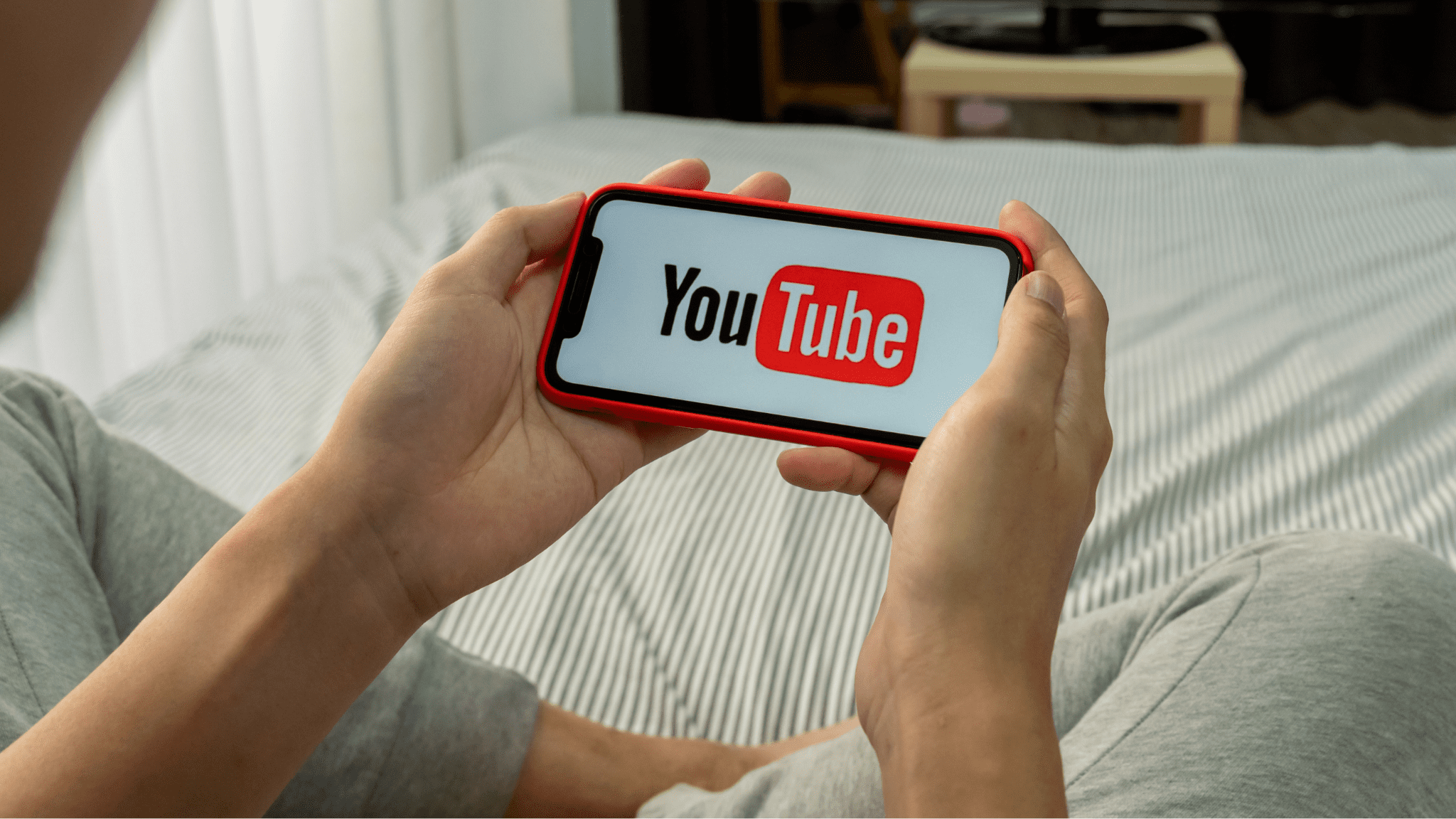 By Madison AltmanMarch 24, 2021No Comments

March 24, 2021: Happy Spring! What better way to kick off a new season than to talk about influencer marketing? We’re discussing new platforms, new hires and a new type of influencer. Let’s get started, shall we?

Shorts is YouTube’s short-form video experience built into their existing YouTube platform. This new feature will allow users to create multi-segmented videos that, in future updates, will be able to be set to the music or sounds from one of YouTube’s billions of videos worldwide. These videos can be altered via speed settings, text overlays, sound sampling from other shorts, and music from a growing music library from over 250 labels and publishers.

How can I watch?

On the YouTube homepage there is a row dedicated to popular Shorts that can lead to a viewing experience that allows users to swipe vertically through videos (hmm, sounds familiar). YouTube will also be testing a tab on the YouTube mobile app to view Shorts as well. YouTube is aiming to bring users more content from their favorite YouTube creators and artists that they are already following.

YouTube is one of the pioneers in creator monetization and putting their creators first. They have been allowing creators to monetize on the platform since 2007 when they introduced InVideo ads. Over the past three years, YouTube has paid more than $30 billion to creators, artists, and media companies. To put that in perspective, on TikTok, influencers using the Creator’s Fund make a rate of $0.02-$0.04 per 1,000 views and Instagram just started paying influencers directly last May. 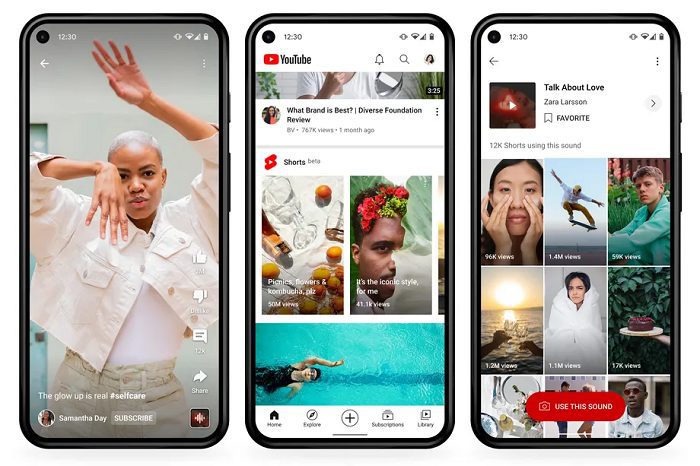 Soooo, it’s basically TikTok right? Yes. Even the photos above look eerily similar. Even though it is a copycat feature, we think this feature does have the possibility of being a huge success. First of all, YouTube already has a user base of devoted creators and viewers (try over 50 million active YouTubers). These creators can release short-form content to complement the longer videos they are already creating. If users are heading to the platform to watch their favorite influencer’s new vlog, it’s very likely they’ll stick around to watch their newest Shorts.

We also think this update will be beneficial for discovery and education. YouTube is the second largest search engine after Google with over 40,000 search queries every second which translates to over 3.5 billion searches per day. With Shorts, you can get the answer to your query even quicker. And with shortening attention spans, that sounds pretty good to us! Do we think Shorts is going to beat out TikTok? Maybe not right away… but we do think that this can be a popular addition to users’ YouTube viewing experiences.

Clubhouse has stolen Netflix’s Maya Watson and Instagram’s Fadia Kader as the app reaches 13 million downloads on its one year anniversary.

Maya Watson is now the Global Head of Marketing at Clubhouse. She was hired from Netflix where she was their director of editorial and publishing. Watson has expressed that Clubhouse has created a “vibrant community” that has a bright future of “social connection and networking.” At Clubhouse, she will help the platform expand into attracting more mainstream audiences as opposed to being a virtual hangout for people in the tech industry.

Even more interesting is Clubhouse’s newest hire, Fadia Kader, the app’s new Head of Media Partnerships and Creators. Most recently, Fadia worked as Instagram’s Music Partnerships Manager. In her new role, she will undoubtedly bring what she learned at Instagram to help Clubhouse become the app where creators want to be. Fadia will work with creators and brands in the music and entertainment industries and educate them on how to best use Clubhouse.

As Clubhouse garners 13 million downloads just one year after launching, 3.2 million of those in just the United States, it’s no secret people are rushing to get in on the action. These two key hires point to a bright future for the platform and endless possibilities for where this app could go. With the help of Maya and Fadia, Clubhouse is prioritizing reaching new audiences and bringing more creators to the platform — while facilitating partnerships and help those creators monetize their presence.

I don’t know about you, but we are eager for Clubhouse to join the monetization game and encourage branded rooms and audio influencers to take center stage. We’ve always said that the social networks who prioritize creators will be the ones to win audiences. It looks like Clubhouse will be the next app to prioritize these creator relationships.

Want to learn more about Clubhouse? Try watching our Clubhouse 101 webinar that will teach you about the future of influencer marketing on the platform.

Stock Influencers are Here to Stay

The next wave of influencers is here: stock influencers who encourage followers to move markets and purchase certain stocks.

On January 26th, Elon Musk tweeted “Gamestonk!!” with the link to the famous Reddit group wallstreetbets. You know what happened next… No, stock influencers weren’t invented after this, but this event did show the impact these influencers can have on the masses and, in turn, the stock market.

The concept is simple: followers seek to replicate the investment strategies of their favorite investors as these influencers continue to gain their trust.

Why should I listen to stock influencers?

Now more than ever, society has a distrust in the institutions around us. These influencers appeal to followers “because of their irreverence and disdain for financial-industry norms.” Barstool Sports founder, Dave Portnoy, has a large following of people who want to replicate his portfolio. Why? Largely because he is more relatable than a Wall Street hedge fund manager even though he is also a millionaire. Portnoy has even live-streamed himself buying stocks based off of the letter tiles he blindly pulled out of a Scrabble bag, which signifies that investing in the stock market is like playing a game.

Stock influencers have driven an interest in investing from a younger generation that might not otherwise be jumping into the market so early. Sign-ups for new accounts at brokerage sites such as E*Trade Financial Corp., Fidelity Investments and of course, Robinhood, have dramatically increased during the past year.

What’s the difference between Dave Portnoy and a Wall Street banker? To put it bluntly, Portnoy admits he knows nothing about stocks. While someone like Portnoy with hundreds of millions of dollars can laugh off a large loss, for his followers there are far worse consequences. Audiences are no longer just buying a tube of mascara because an influencer told them to, they are buying into a speculative market.

We know that people trust peers more than they trust experts. Trust in institutions is eroding and GameStop is just another example of that. What happened with GameStop is bound to happen again in some form, as this community of novice investors grows. Stock market influencers traditionally those on Wall Street employed by firms, banks and investment funds, are now everyday people on Reddit. How these new communities will impact both Wall Street in the long-term will be something we’re keeping our eyes on.