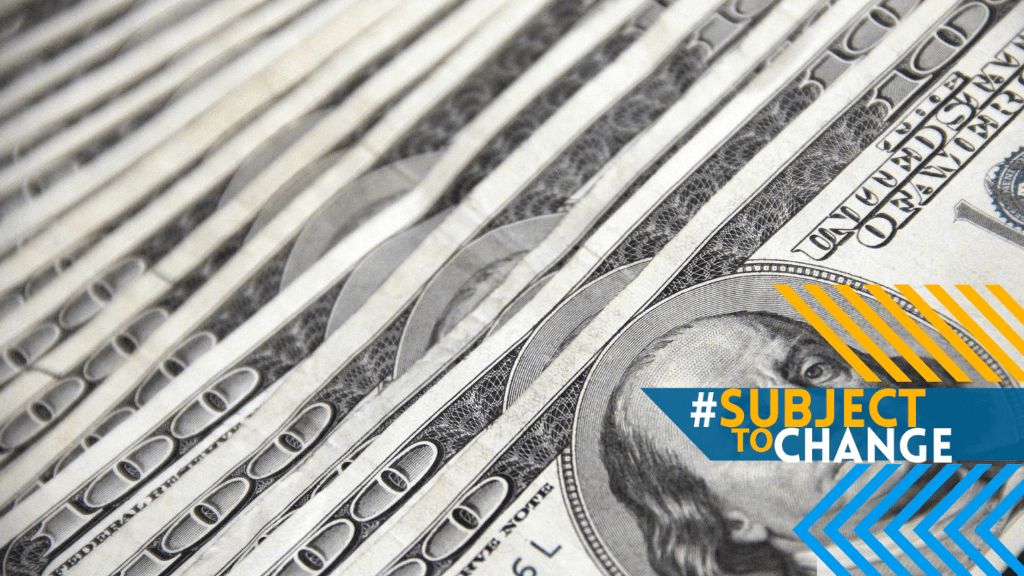 August 18, 2020: TikTok announces creator fund recipients; David Dobrik and SeatGeek are a match made in heaven; Airbnb plans to file for IPO.

TikTok has picked the first recipients of its $1 billion Creator Fund.

TLDR; there are 19 lucky creators who received the first round of funding. The diverse group includes David Dobrik, a top YouTuber who has over 20 million TikTok followers, Spencer X (Spencer Polcano Knight), a beat-boxer from Manhattan who has more than 40 million followers on TikTok, and Brittany Tomlinson, better known as Kombucha Girl.

According to Vanessa Pappas, TikTok’s General Manager of North America, “This Fund was created for you, for your creativity, your passion, and your tenacious spirit to connect with others. We invite you to turn your creativity into an opportunity to earn a livelihood, pursue another career, or simply, to be rewarded for doing what you love.”

Ok, now really tell me why.

Timing, timing, and did we say timing? It’s no coincidence that TikTok created, announced, and launched this Fund all while, very publicly, battling the U.S. government. While TikTok’s very existence post-November 12th remains in question, one thing’s for certain —  the platform has and will continue to do everything it can to bolster its image as an American company.

Let’s cut to the chase — the creators who received this grant weren’t picked at random. Well, duh. While many of the recipients of the fund were already well-known macro- and mega-influencers based on their presence on other platforms (think: Dobrik and Smith on YouTube), many of the selected TikTokers didn’t have an established presence on other platforms, but were able to build large followings on the app. The influencers are spread across a variety of verticals including medicine, dance, fashion, and parenting. Did we mention that they’re all American?

It’s also worth mentioning who didn’t receive access to the fund — namely, any and all creators from the Creator Houses in L.A. who recently made headlines for throwing crazy parties with hundreds in attendance, in the middle of a global pandemic. When asked why, creators said hosting and posting about big social gatherings is part of their job, coronavirus or not. It doesn’t seem like a round of funding is in their future any time soon.

Not Unrelated: David Dobrik + SeatGeek = A Match Made in Heaven

Kind of — but what isn’t old news is this video where YouTube creators Colin and Samir sat down with Ian Borthwick, the Senior Director of Influencer Marketing at SeatGeek, to discuss why the brand gives Dobrik money to buy his friends Teslas (among other non-ticket-related purchases) and the success they’ve seen as a result.

Colin and Samir said it best, “SeatGeek’s partnership with Dobrik is the perfect combination of the two categories of influencer marketing — brand lift and direct action.” While, initially, in 2016, SeatGeek partnered with David Dobrik for the World Series in the hopes that he would follow the brand’s standard script (think: read a 30-second pre-scripted ad in the first three minutes of the video, urging his followers to buy tickets through the SeatGeek app), David refused. Why? Because he knew his followers would see right through it. Instead, David wanted to surprise his best friend with tickets to the World Series — of course, from SeatGeek.

So then what happened?

Ultimately, Ian and his team at SeatGeek took a risk and agreed to support David’s vision and the rest was history. The results? The initial video hit 7+ million views, David’s friends were in awe, and the results crushed SeatGeek’s influencer performance to-date with product-focused scripts.

Fast-forward to today, and SeatGeek has collaborated with David on 30 videos, totaling more than 275 million views. To-date, integrations have ranged from buying lavish cars for David to give away to his friends, paying off a friend’s tuition, and countless other non-ticket-related purchases. The point? David’s audience knows SeatGeek is a ticket app, but they care about the brand because of the emotional connection it creates through David’s execution of incredible experiences.

Moral of the story? Creators know their audiences best and it’s important for brands to give up some creative control if they want their product/service to truly resonate with consumers. As David said to SeatGeek in 2016, “When my audience thinks it’s an ad, they’re going to tune out. Trust me. I’ll make SeatGeek a character in the vlogs. When my audience hears the word SeatGeek, they’ll know something amazing is about to happen.” It was in that very moment that David single handedly shifted SeatGeek’s strategy from transactional to relational, leading with a creator-first mentality.

All brands have an opportunity to take a page out of SeatGeek’s influencer marketing playbook. With the influencer marketing landscape only getting noisier, today’s consumers have become expert BS detectors and can sniff out genuine brand love from scripted product placements from miles away. While it can be scary for marketers to give up control, in a world of #sponcon, it’s the only way to showcase true authenticity.

Airbnb to File for IPO

According to a report from The Wall Street Journal, Airbnb plans to file for IPO in August.

Yup. The hotel alternative is planning to file with the SEC at the end of the month meaning we could see a listing by the end of this year.

Given the uncertainty of today’s stock market (is ‘uncertainty’ the word of 2020?), there’s no promise that Airbnb will move forward with an IPO especially due to slowed processing times at the SEC.

What brought this on?

Airbnb has been going through it with the pandemic slowing down travel which caused bookings to decrease dramatically and paused initial plans back in March to file IPO paperwork. The company has been able to rebound from the decrease in travel and laying off 1,900 employees, hitting 1 million nights of future stays in July – a number that hasn’t been reached since early March. Now seems to be the time to start the IPO paperwork as the world settles into the pandemic and the company continues to see its numbers recuperate.

They’ve been savvy too, pivoting to online experiences and using TikTokers to promote those virtual experiences to their followers. Additionally, the company shifted towards longer-term stays rentals as a part of its efforts to generate revenue while protecting the communities its hosts are a part of during the pandemic.

This move has always been on the horizon for Airbnb and it still may be. Even though the company has rebounded well it’s still a money-losing company trying to file an IPO at a time where investors are risk-averse. However, Airbnb’s ability to change course in these unpredictable times has strengthened their business and perhaps confidence in successfully filing an IPO during the pandemic.

As companies continue to be under a microscope concerning their reaction to world events, Airbnb’s shift to longer-term stays shows an ability to adapt quickly in unprecedented circumstances.. Moreover, the company’s use of TikTokers shows an understanding of the growing necessity for digital creators as a part of the strategy to promote its products and services.

Trump Extends Deadline for ByteDance to Sell its U.S. Operations of TikTok

Apple Plans to Bundle its Services Such As AppleTV+, Apple Music, and more

Mavrck Named To The 2020 Inc. 5000, Among America’s Fastest-Growing Companies