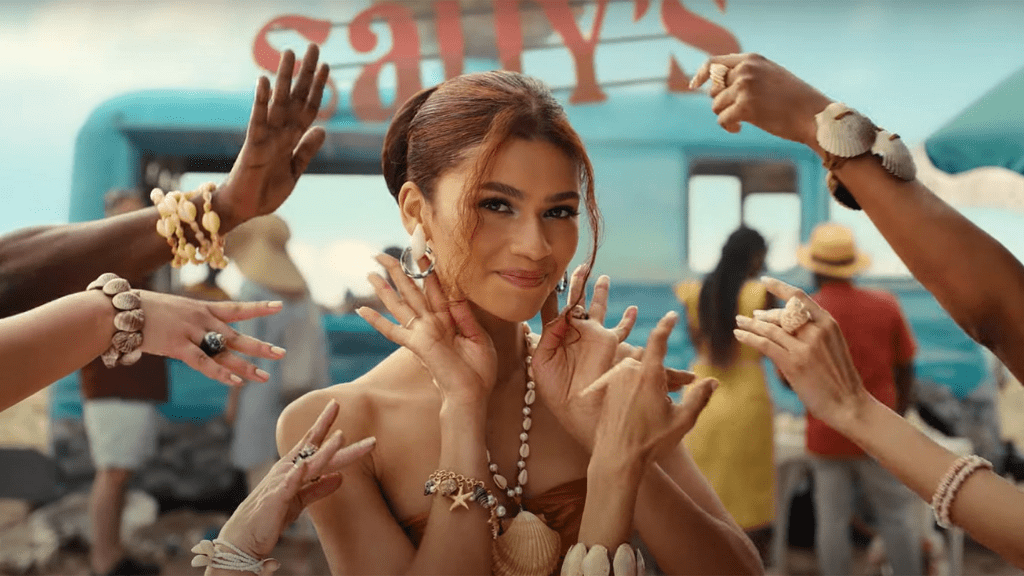 By Alexa BlanchardFebruary 24, 2022No Comments

Didn’t watch the Super Bowl or get a chance to catch any of the recaps? Let’s just say that we’re no longer obligated to report a spoiler warning.

From celebrities to crypto to some high-ticket buys, this year’s Super Bowl television ads were some for the books — and for the wallets. NBC reportedly sold out of all their advertising spots for Super Bowl LVI, with one brand spending a record $7 million for 30 seconds of ad space. And with 101.1 million reported viewers plus over 60 ads, that’s a lot of eyeballs on a lot of content. But we digress — let’s get into it. 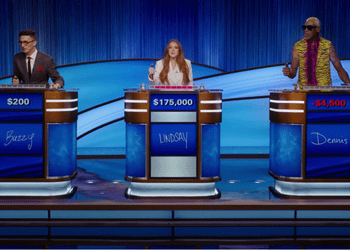 Lindsay Lohan pokes fun at her past party-girl lifestyle in a Planet Fitness ad alongside Dennis Rodman.

Star power has long been a tactic that delights consumers and helps with brand recall, but it comes with a huge price tag. On top of the big bucks required for a Super Bowl ad spot, celebs aren’t (usually) appearing for free. According to Kantar’s analytics team, talent could rake in seven figures, depending on the celeb and the brand.

Everyone loves a good throwback – if Millennial reactions to the halftime show are any indication. Advertisers brought back some beloved characters like the E*TRADE talking baby and Jim Carrey’s “Cable Guy.” Kia’s “Robo Dog” spot for the new edition of their all-electric vehicle (EV) had a subtle similarity to the Poo-Chi electronic dogs from the early 2000s. Plus, Meta Quest 2’s VR headset got the Chuck E. Cheese treatment with animatronic characters getting together for a virtual reality playday. Then, Busch Light’s “Voice Of The Mountains” ad featuring Kenny G. paid homage to Kirin J. Callinan’s “Big Enough” music video, echoing what we all thought while seeing Jimmy Barnes in the sky for the first time in 2017: what is going on?

Cryptotally Here For the Right Reasons

NBCUniversal estimated that over 30 new brands purchased advertising for Super Bowl LVI. One never-before-seen Super Bowl ad category? Cryptocurrency. Not surprising, as crypto’s influence is pivoting the world into a metaverse prelude. Cryptocurrency services hope to take the industry mainstream and advertising in a highly public venue is key for that.

Some examples, you ask? Well, we can’t forget Coinbase’s polarizing QR code ad, which kinda sorta broke the Internet. Then there was LeBron’s touching Crypto.com spot, Larry David’s FTX appearance, and eToro’s social investing ad, which all showed up to give us what Forbes calls a “pitch for the future.”

Speaking of NFTs, brands were dropping digital artwork for purchase before, during, and after the big game. Kia’s “Robo Dog” from their EV ad turned NFT after the game to raise funding for an animal-related organization; Bud Light dropped over 12,000 NFTs just before the game and have already sold out of them; the Puppy Bowl got in on the action for Ariana Grande’s charity; Eli Manning teamed up with Frank’s RedSauce to create an “edible” NFT. Needless to say, it’s clear that NFTs set a precedent for future advertising, proving to be another avenue for revenue, brand awareness, and influencer partnerships. 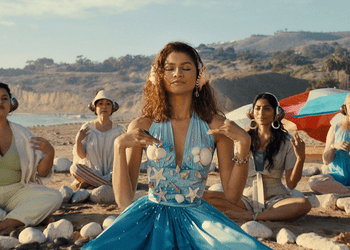 Tech’s Super Bowl presence has been a staple for quite a while, and it didn’t take any days off. Google’s Pixel 6 stands out with help from Lizzo’s dulcet tones, as the tech giant has debuted embedded software that allows all skin tones to be visible in photos. There’s also an emphasis on DIY technology, like Squarespace, which tapped influencer/celebrity icon Zendaya to appear in an early spot that garnered plenty of social media attention for its concept. The “anyone can do it” mindset is big in the Squarespace credo, and it’s a major theme that’s relevant to content creators as they grow their businesses.

Many brands have found their way to avoid pricey, in-game ad placements in favor of developing branded experiences outside of the big game. Even more, the tradition of starting advertising campaigns long before kickoff continues — like with Doja Cat’s sponsored tease for Taco Bell weeks before the game even began.

Television as an advertising medium is still viable during big events like the Super Bowl, but it’s not the end-all/be-all anymore. When it comes to social media and influencer marketing, a brand’s stage is consistently worldwide. The Super Bowl may get that high, concentrated annual viewership, but influencer marketing is a 24/7 kind of tactic.

Cash notwithstanding, the Super Bowl’s pricey advertising threshold isn’t the only reason brands are taking their advertising efforts off-air. Brands know that television isn’t always the preferred method to reach their audience. Not to mention, Super Bowl ad spending looks a lot different in the digital marketing arena.

Consider an average Super Bowl advertising spot. For 30 seconds of airtime, a brand secures a spot for an average of $6.5 million. What would that secure for a brand that wanted to focus strictly on digital marketing tactics instead of tv advertising?

According to Digiday, that budget would achieve:

So — it makes sense as to why some brands are opting out of expensive in-game spending. There’s also the element of acceptance by consumers. Kantar’s analytics team found that 66% of the Super Bowl ads received just an “Average” score from viewers.

And as we know, ROI varies year over year based on a variety of factors. While the numbers for this year’s Super Bowl ad revenue aren’t available yet, last year’s are — and they paint a certain picture. According to Kantar, in-game ad revenue for Super Bowl LV came in at $435 million overall, with an ROI of $4.60 per dollar. And that was before the most expensive advertising spot broke records when it cost $7 million this year.

Why Change Is Imminent

Like every year, adapting to social and tech trends means that the target is ever-moving. Brands know this — that’s why they’ve debuted digital tactics alongside, or instead of, traditional ones. Without the big price tag attached to digital advertising, brands are able to reap the benefits of game-adjacent campaigns without the cost of traditional tactics. This all points to a new era that takes digital advertising to the next level. Viewers may be taking a backseat to focus their attention more on metaverse endeavors instead of traditional TV-based captivators.

What This Means for Super Bowl LVII

It’s tough to say with absolute certainty — but with the emergency of metaverse-adjacent developments, we’re very interested to see how all of this will change the advertising landscape for the Super Bowl. Next year could be a very different playing field. Specifics? You’ll just have to wait and find out. But in the meantime, check out our 2022 predictions for what we’re anticipating this year.