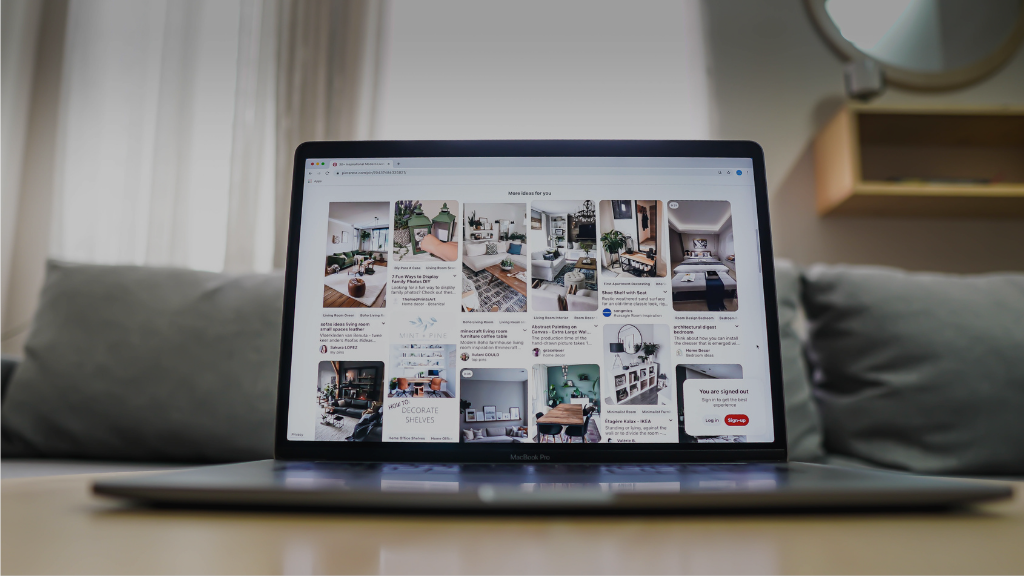 By Alexa BlanchardJanuary 10, 2022No Comments

How To Incorporate Idea Pins and More Into Your Creator Strategy

Last year Pinterest hopped on the short-form content train to compete with the likes of TikTok and Instagram Reels to debut their Idea Pins feature. Or rather, they launched a rebrand. The feature formerly known as Story Pins was strategically reclassified as Idea Pins in order to help Pinterest stand out in an e-commerce landscape as the non-social network creative aggregator with over 444 million monthly active users (MAU) in Q3 of 2021. 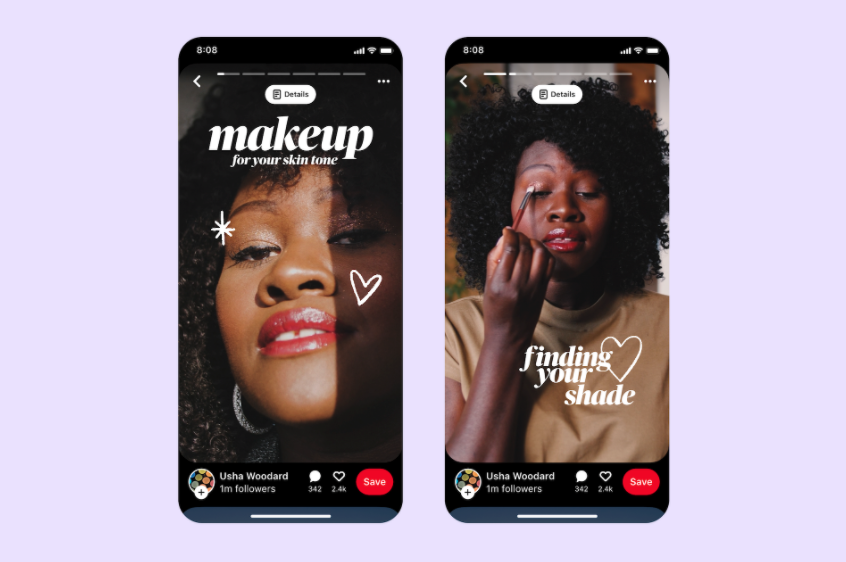 How To Tell The Difference

The thing about Idea Pins is that they already hide in plain sight on your home feed. You can tell Idea Pins apart from regular feed Pins by the small icon in the upper left corner that is reminiscent of a copy icon. When you tap or click on an Idea Pin, you’ll see a progress bar at the top of the pin indicating that it is a sequence of either photo collages or video clips.

Like the preceding Stories feature, Idea Pins hone in on short video clips that progress with just a tap of your finger. Creators can also dive deep with longer explanations on accompanying detail pages. Tagging features drive Idea Pin discovery, much like hashtagging and user tagging contribute to similar goals on other social networks.

How Do Idea Pins Work?

Idea Pins appear similar to Pinterest’s retired Stories feature at first, like the standard 60-second length, but creators will notice right away that they have access to a suite of new tools. But before getting into the upgrades, users must accept a Creator Code agreement that prioritizes their community guidelines.

Once you access the Idea Pins editing suite, you’ll be able to see the changes: video-centric features, editing tools, music and voiceover options, stickers, a “ghost mode” overlap tool, and several other updates aiming to make it easier than ever for creators to make and distribute the beautiful content that Pinterest is so well known for.

Idea Pins are another avenue to repurpose content, whether it’s from other social networks like TikTok, or by way of exporting content from Idea Pins and taking it elsewhere. Repurposing content, especially that timeless evergreen content, is a great way to increase brand reach economically while enhancing SEO rankings. Idea Pins, which are displayed in the Watch tab, function like TikTok’s “For You” page.

Idea Pins also come with enhanced analytics to drive insights and metrics on top-performing Pins. You’ll continue to see your top-performing paid and organic content along with specific metrics on each component and filtered data options. You can also access real-time metrics (watch out for natural fluctuations) plus data ranges so you can compare month-over-month performance.

The reporting shows you a host of performance metrics including impressions, engagements, clicks, views, average view time, the number of people who viewed the first ten seconds of video content, the number of people who viewed 95% of your content, save rates, total audience, and even total engaged audience. Plus, with the ability to export all of your data, you’ll be able to share and report with even more gusto.

Idea Pins differ from Stories due to this major change: they don’t disappear after 24 hours, but rather live indefinitely (read: until user deletion) on the creator’s profile. Creators can also utilize product tags and affiliate links in their branded content. This follows similar integrations on social networks like Instagram, which recently opened up their link sticker feature to all users.

In October 2021, Pinterest debuted their new Pinterest TV feature, “a series of live, original and shoppable episodes featuring creators right on Pinterest.” Live creator content is available for viewing via the TV icon in the app’s upper left corner. Consumers are able to watch episodes and even interact with creators through chat to receive live answers while they shop.

While the Pinterest TV creator lineup may seem smaller compared to similar programming, more creators are poised to launch shoppable live streams and unique content in the upcoming year. Consumers will be able to shop exclusive deals with participating creators and will also have the option to save content to revisit it later.

Now advertisers are getting in on the wild world of Pinterest. Idea Ads debuted earlier this year and are built on the concept of Idea Pins, but with the added bonus of paid partnerships. These pins allow creators to tag the brands that sponsor them, then the brand can take that content and promote it as an ad.

Tagging the brand is required to start the paid ad process. From there, Idea Ads will get a “Paid Partnership” label along with a profile image of the content’s creator. Brands also have the option to preview and test their ads via the Pin preview feature.

Idea Ads are already making a splash. Between increased advertising opportunities and the Shopify integration, Pinterest says that Q3 revenue grew 43% year over year to $633 million. These numbers are especially impressive as user growth had slowed, presumably due to eased pandemic restrictions. Still, all signs point to sunny days ahead for Pinterest.