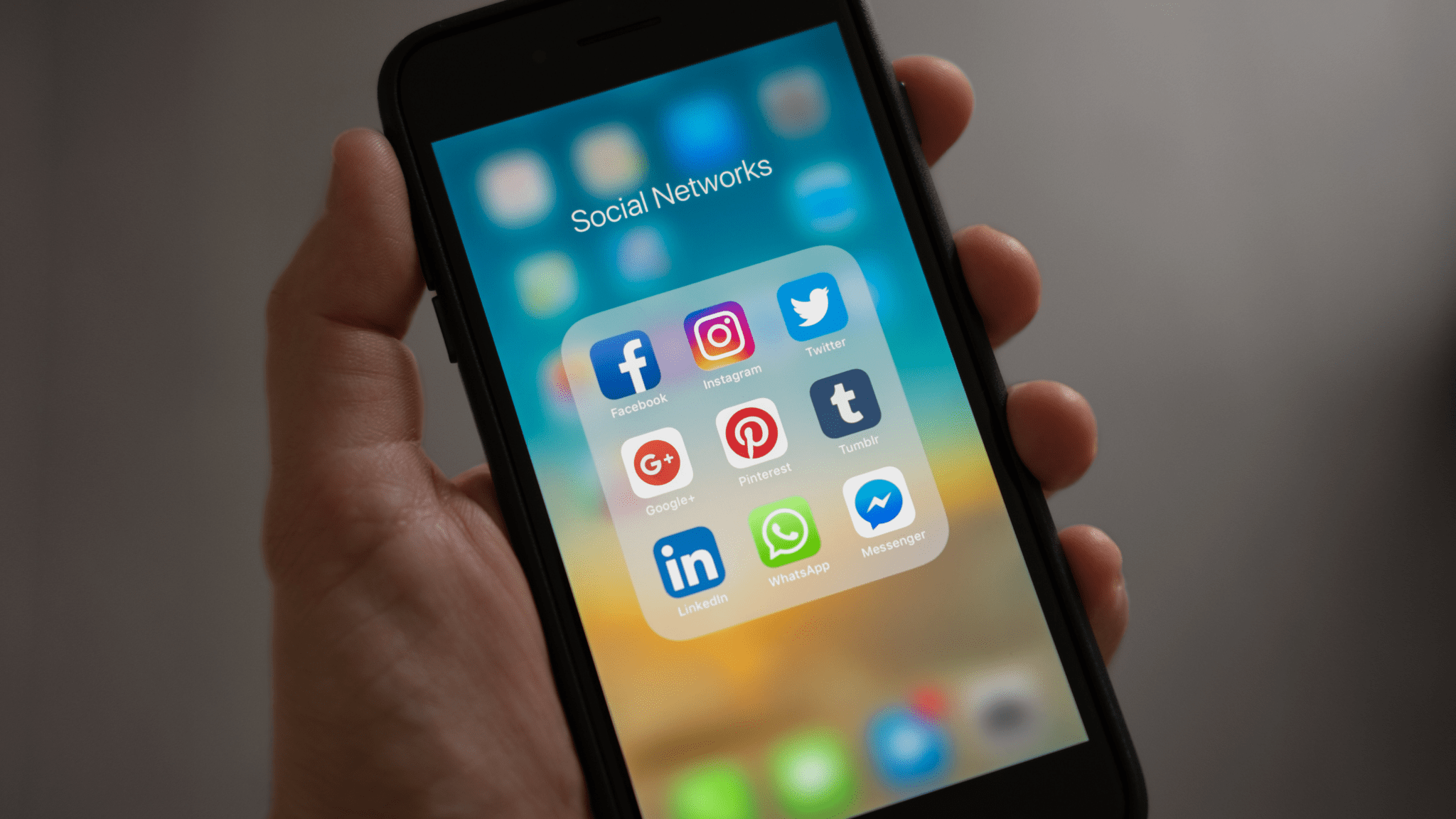 By Madison AltmanMarch 30, 2021No Comments

March 30, 2021: We’ve got a lot to cover today. We’re talkin’ Snapchat, Instagram, TikTok, Twitter, and Clubhouse. And that’s not even all of it! Enough chatting, let’s jump in!

The Twitter Spaces beta platform has been in the testing phase for a few months now. Twitter is already extending this test to Android users. On Thursday, @TwitterSpaces tweeted that they are adding a lot of android users to the beta, and they are planning to launch Spaces to the public in April. This news comes just a few days after a Clubhouse Town Hall where they stated an Android extension of Clubhouse is months away – timing is really everything.

Twitter is also in the midst of developing Spaces for web browsers, which will allow users to join Spaces sessions via their desktop PCs – a feature not yet available for Clubhouse. Clubhouse’s download rankings have been on a steady decline over the past month, dropping from 37th on the U.S. App Store charts, to 172nd last week.

Imitation is the sincerest form of flattery

In other copycat news, Instagram is currently working on a ‘Remix’ feature for Reels where users can create a reaction video that will play side-by-side with the original content. Sound familiar?

This type of duetting has proven to be a key engagement tool on TikTok because it gives creators the ability to respond to viral trends and engage in memes. Even though Instagram is copying TikTok, they don’t want their users recycling their TikTok content to Reels. On Instagram’s @Creators account, they even stated outright that recycled content will be “less discoverable” on Reels.

Did we forget to mention that Snapchat is ALSO working on a ‘Remix’ feature? The feature will function virtually the same way with a side-by-side feature that has two snaps playing simultaneously.

Twitter Spaces has the potential to garner a huge following. For starters, Twitter already has 330 million daily active users that are engaging in niche discussions, an idea that Clubhouse is trying to foster with their 2 million users. Clubhouse is currently still invite only and iOS only, a.k.a. there are a lot of people being left out of the fun. With an Android or desktop version of Clubhouse not rolling out as quickly, it might be hard for Clubhouse to get those users to switch across apps once it does become available.

Now, let’s chat TikTok copycats. TikTok has impacted nearly every inch of the current social media landscape. Every app is trying to keep up with the functionality and popularity of TikTok. I mean come on, it makes sense why all of these apps are copying TikTok, but is it enough?

We’ve said it before and we’ll say it again: the platform that will reign supreme is the one that prioritizes creators’ experiences — it’s that simple. We’ve seen TikTok and Clubhouse have swift rises in both market share and popularity. Why? Because they’re putting creators’ experiences at the forefront of their apps. For Twitter, Instagram, and Snapchat to succeed in the same ways, they need to continue to prioritize creators’ experiences into their new features.

Not Unrelated: More Ways for Influencers to Monetize

Influencers are creating private Instagram accounts for users to pay to access, as well as taking part in as social crypto-exchange on BitClout.

In a year of uncertainty, it’s understandable that creators have turned to platforms like Patreon, Substack, and OnlyFans to host their work and allow supporters to pay them directly for content. Now, influencers are creating private Instagram accounts that charge followers to gain access to the exclusive content. Creators like @ashleykanestudio are less reliant on #ad’s by charging followers $40 a year for bonus content.

And that’s not all…

Influencers have also begun monetizing on their personalities. BitClout is a social crypto-exchange where users can buy and sell tokens based on people’s reputations. The private beta version of the platform launched last week and has reportedly earned $160 million, as well as tens of millions of dollars from investors. Profiles for big celebrities on BitClout are made for them, meaning they could have a profile without having heard of the platform.

What does that mean?

Let us give you an example — if your favorite influencer is having a PR crisis and is “cancelled,” users might rush to sell their stock, or tokens, that they have purchased for that influencer’s profile. In contrast, if an influencer is having a successful career and gaining good publicity, users might want to buy into their reputation. Celebs like Billie Eilish and Elon Musk have profiles that have been made for them on the platform.

Moral of the story, influencers want to monetize, and they are willing to go to great lengths to do so. The idea of creating private accounts for exclusive content is nothing new. At least, if it is being done on Instagram, it keeps users engaging more with their favorite creators and on the platform for longer.

BitClout, on the other hand, has already found itself in the midst of controversy (and it hasn’t even launched yet). The platform is being accused of taking prominent Twitter pages and creating BitClout pages for those users. Many are confused about the legitimacy of this blockchain, as well as the logistics surrounding consent. The idea of social capital as currency is already happening on a much smaller scale (like when an influencer gets a free meal because they promise to tag the café in their story). BitClout can formalize these transactions and give creators more control over their influence. We are eager to see how the platform evolves and if influencers take to the platform.

Brands across the United States and beyond are offering free products and services to people who have been vaccinated.

Give me some examples.

Lucky for you, The New York Times has plenty. A brewery in Cleveland is offering 10-cent beers to the first 2021 people who show a COVID-19 vaccine card, while a movie theater in the same area is offering free popcorn to those people as well. A medical marijuana dispensary in Michigan is offering a free pre-rolled joint to anyone 21+ with proof of vaccine. Kroger is paying all employees a $100 bonus if they go and get vaccinated, and then after they can stop by Staples who is offering to laminate their vaccination cards at no charge. In an attempt to encourage young people to get vaccinated, the city of Tel Aviv set up a mobile vaccination clinic at a bar last month, offering free beer to those who received a vaccine. What has arguably caused the most buzz is Krispy Kreme’s outward support of those getting vaccinated by offering them one free Original Glazed doughnut a day for the rest of 2021.

Some detractors of these promotions feel that these kinds of incentives can backfire and cost more than they bring in. Krispy Kreme faced backlash for combining their indulgent treats with the vaccine because obesity is a large problem in this country and worsens the effects of COVID-19. Krispy Kreme CEO Mike Tattersfield defended their actions stating, “we’re a sweet treat company, [and] if folks don’t want to visit a donut shop, they don’t have to.”

But what does the public think?

A recent study done by Adweek and The Harris Poll surveyed 1,100 Americans on their opinions, and found that 60% of people felt brands have an “obligation” to encourage people to get vaccinated. 70% said they support brands sharing factual information about how and where to get vaccines. Interestingly enough, 73% of Baby Boomers said they trust brands more than social media. The percentage of participants that feel this way decreases by generation: 63% of Gen X, 44% of millennials and 37% of Gen Z trust brands more than they trust information on social media.

We did a survey of our own and found that 51% of influencers have or plan on sharing content on social media about COVID-19 testing, and 46% said the same when it comes to sharing information about vaccinations. Shameless plug for our Pulse Survey & Insights Report where we survey influencers to provide our customers and industry leaders with relevant insights around influencer trends, behaviors, and perspectives.

So what does this mean? People are divided and polarized on topics pertaining to COVID-19 and vaccinations. The question then becomes — do brands (and by association, influencers) have a moral obligation to incentivize the public around vaccinations?

How influencers 50+ are changing perceptions around age in beauty