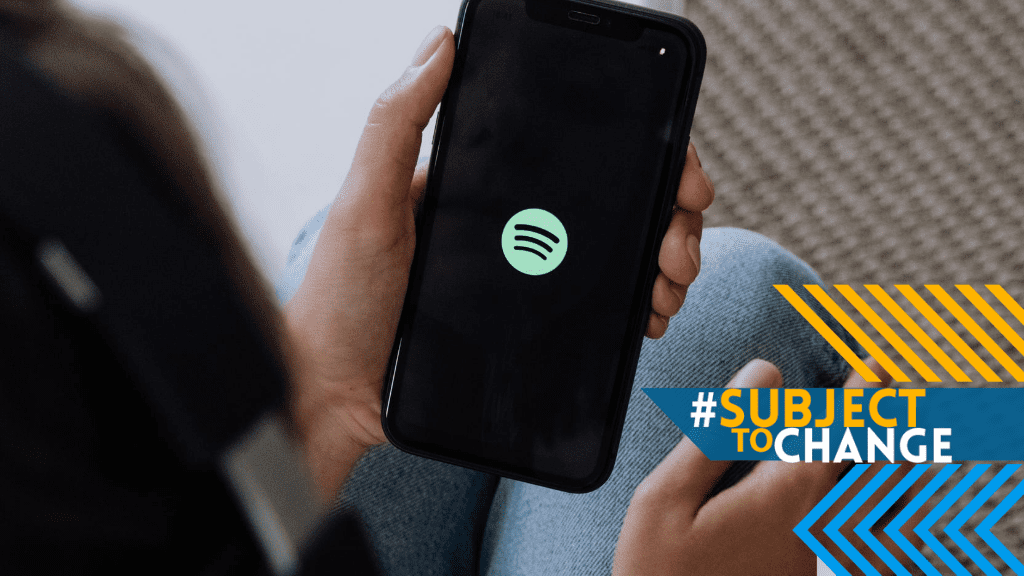 By Rae AkinsanyaAugust 25, 2020No Comments

August 25th, 2020: Oracle is in talks to potentially buy TikTok; Instagram Adds Suggested Posts to its App; Spotify Has a Counterfeit Podcast Problem

More like stories. Not only is Oracle now in talks to potentially buy TikTok, but Google’s parent company, Alphabet, may also invest in the platform. Meanwhile, TikTok is taking legal action against the current administration over its executive order to ban the app.

Cloud computing company, Oracle, is reportedly in talks to acquire TikTok’s operations in four countries: Canada, Australia, New Zealand, and the U.S. It joins Microsoft as companies race to acquire the live-streaming platform. Buying just a portion of the company’s operations could prove to be difficult, however, as it has the potential to create different versions of the app which could operate under different rules and regulations.

Oracle, however, may not be able to swing buying the whole TikTok package — a package that comes with a hefty price tag of $30 billion. If this is the case, Microsoft would be the only current contender in talks to buy all of TikTok.

Alphabet is thinking of buying a small stake in TikTok after backing down from considerations to buy the platform outright. With the understanding that whoever company that buys TikTok will face close evaluation and regulatory probing, (which is something Alphabet doesn’t need since its acquisition of Fitbit is still pending), it may be in Alphabet’s best interest to stick to buying one huge company at a time.

Did you mention a lawsuit?

You betcha. TikTok is challenging the administration’s executive order to ban the app if its U.S. operations aren’t acquired by November 12th. Since there isn’t any publicly available evidence of any of the administration’s claims, TikTok is attempting to cite this lack of evidence to bolster its legal action defense and prevent the app from being banned.

As the weeks progress, more and more companies are coming out of the woodworks to show interest in potentially acquiring TikTok (i.e., Oracle, Twitter, Alphabet, Microsoft). However, in order for an acquisition to be truly successful, it would be in whatever company acquires TikTok’s best interest to continue to allow the platform to operate independently (think: similar to how Microsoft allowed LinkedIn to continue to operate independently when it acquired the network in 2016).

This update works by serving users suggested content based on their likes and preferences after they’ve scrolled through the latest content from people they follow. Then, the notification that “You’re All Caught Up” will appear onto their screen, where they will have the option to view older posts or keep scrolling for discoverable content.

Originally, this notification was used to let users know when they’ve seen everything new and should close out of the app as part of Facebook’s initiative around healthy browsing habits. Now, it seems that Instagram wants to keep you on the app for as long as possible. So much for healthy habits…

Creators foster a unique relationship with their followers, sharing their lives and, at times, most personal moments with them. This distinctive creator-follower relationship is how Instagram originally built its success while, on the other hand, a focus on content is what made TikTok successful.

TikTok has pioneered the content-first approach which has lead to the platform getting users to stay on the app for hours at a time. Now Instagram is taking a page out of this playbook, shifting its focus from creator-follower relationships and concentrating on serving its users more content — and ads, of course. With Instagram pivoting its approach, the result may force creators to put more effort into their content, since they may not be able to rely on their relationships with their followers to grow their audiences.

In Non-TikTok News: Spotify Has a Counterfeit Podcast Problem

Spotify is finding increasingly more counterfeit copies of fan-favorite podcasts on its platform.

Spotify’s podcast hosting platform, Anchor, is seeing dozens of counterfeit recordings of podcasts popping up on the streaming service. Podcast creators and listeners are equally frustrated about seeing ad dollars being stolen by these IP-stealing casters.

What, exactly, is going on?

The fraudulent podcasters are taking advantage of Anchor’s ad algorithm, which automatically injects ads into podcasts that it has a relationship with. So, when a podcast is uploaded that has ‘Serial’s’ artwork, metadata, description, titles, and reported hosts, it triggers the algorithm to place ads and kicks back some of those ad dollars to those fake hosts.

For users, the problem comes from the search functionality drawing them to these counterfeit recordings. In other words, if a listener searches for a podcast, they’ll have to scroll past dozens of fake episodes and listings to find the real podcast.

This is bad news for Spotify. The lack of switching costs to use other free platforms like Apple or Google Podcasts means that, for those who still want to use the platform for their music streaming, needs don’t need to use it for their podcast needs. For creators, the safety of Apple’s and Google’s podcast screening process could be enough to get them to leave the app and maintain their audience elsewhere.

Further, as we see more influencers take their merch and content off third-party platforms and sell directly to consumers, we could soon see the same trend happening in the podcast space. Will creators’ fans and followers prefer to log on to their favorite podcaster’s site and support them directly instead of logging onto a third-party platform and scrolling through what could be dozens of counterfeit podcasters?

It’s also worth noting the striking parallels between counterfeit podcasts on Spotify and fake reviews on Amazon. Similar to Amazon’s approach to fake reviews on its platform, in which the e-commerce powerhouse seemingly chooses to overlook the millions of fake reviews, Spotify seems to be taking a similar,“quantity over quality approach” when it comes to monitoring the fraudulent behavior on its platform.

In a similar vein to Amazon, who undoubtedly has the resources to rid the platform of its millions of fake reviews, Spotify, too could likely do away with the fraudulent podcasters. However, just as consumers on Amazon continue to make purchases despite the known fake reviews on certain products, there is little incentive to fix the problem. The same could be said for podcast listeners — if they don’t actually leave the platform, will Spotify see the problem as truly worth fixing? TBD, too soon to tell, but we’ll be listening (pun intended).