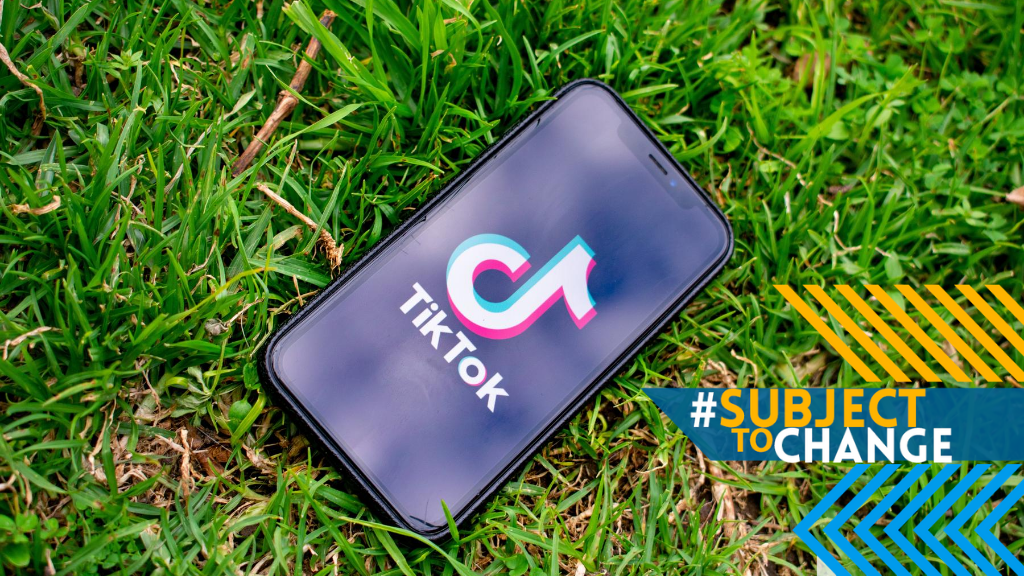 By Abby KatzAugust 4, 2020No Comments

WTF Is Going on with TikTok?

The last few days have been a wild ride on the TikTok front.

Tell me about it.

Last Friday Trump said he would ban TikTok because of national security concerns. U.S. officials have accused the company of sharing users’ data to spy on U.S. citizens and potentially even influence the U.S. election. They’re also worried about intellectual property theft, which has already cost the U.S. billions of dollars.

How have creators reacted?

They’re upset, to say the least. The surprise announcement from President Trump on Friday sent creators into a flurry of live streams, prompting tearful goodbyes to their fans and followers on the platform. In addition to being a saving grace and distraction for people of all ages during quarantine, TikTok has also been a source of inspiration, education, and, most importantly, a platform for change among young users. “TikTok is to Black Lives Matter what Twitter was to the Arab Spring,” said Kareem Rahma, a TikTok creator with nearly 400,000 followers on the app.

“We’re not going anywhere.” No, literally — in what appeared to be a direct response to President Trump, Vanessa Pappas, TikTok’s U.S. General Manager, posted a video to the platform in which she said “TikTok is here for the long run.” Within her post, she thanked users on the platform and highlighted some of TikTok’s U.S.-based contributions (think: thousands of jobs created), and the new fund it has set up to support creators.

On Sunday, Microsoft confirmed rumors that it was working to acquire the U.S. operations of TikTok from owner ByteDance by September 15 (and yes, President Trump has been briefed on the deal and is seemingly involved, according to the company blog post).

So, what’s in it for Microsoft? Data — and lots of it. It would also position Microsoft to compete against the other social media platforms, many of whom, in recent months, have developed their own TikTok-like offerings (see next story for the deets).

This isn’t the first time the U.S. has taken steps to ban a Chinese company over national security concerns (think: Huawei). But, with a well-established American company offering to buy it up, some believe that TikTok will finally be able to leave its troubled past behind.

Not Unrelated: Facebook Looks to Reel in TikTok Creators

Instagram’s parent company, Facebook, has offered financial incentives to TikTok creators in an attempt to persuade them to use a new competing service, Instagram Reels.

Give me the deets on Reels.

Instagram Reels, which Instagram openly admits is based on TikTok, is a short-form video feature that is expected to launch this month. Similar to TikTok, Reels offers a set of editing tools aimed to make it easier to record engaging content. The biggest difference between Reels and TikTok comes down to timing: Reels’ videos are limited to 15 seconds, while TikTok’s videos can be up to 60 seconds.

How has TikTok responded?

With words and actions. For starters, to counter the Instagram push, TikTok has announced a $200 million fund specifically designed to help creators make a livelihood on the platform. Additionally, just ahead of Big Tech’s antitrust hearing, TikTok CEO Kevin Mayer released his first public statement — and let’s just say he wasn’t shy about directly challenging his competitors. In his statement, Mayer made it clear that he was more than willing to “fight” the other players in the space, specifically calling out Facebook (by name) for launching copycat products.

As Mayer would say, “a little competition never hurt anybody.” While timing is everything — and there’s no denying that Instagram is launching Reels at the best possible time considering the uncertainty around TikTok’s future in the U.S. — there’s no guarantee that users will flock to the new service. By now we know that where the creators go, users go (as evidenced by the fact that 68% of users come to Instagram to interact with creators), there’s no guarantee that the TikTok creators will even take the deal that Facebook is presenting.

Although on the surface level, TikTok and Reels may appear more similar than different, TikTok is unique in the strength of the community surrounding the app and, if TikTok has a future in the U.S., it’s TBD if creators are willing to throw that community away and move to Instagram’s new service.

Last week was a busy week for Q2 earnings reports, but don’t worry — we’ve got you covered.

Facebook’s revenue rose 11% to $18.7 billion from a year earlier, as the platform saw increased engagement as a result of bored and cooped up consumers during the pandemic. While this was still slower than the 17% gain it had seen the previous quarter, it was still impressive, given what we’ve seen from the other platforms (see below: Google).

Notably, Facebook did say that it’s been impacted by ad boycotts from major advertisers, but it’s third-quarter outlook suggests that there won’t be much of an impact to its ad revenue growth.

For the first time in 26 years, Google’s ad revenue fell 8% year-over-year. While YouTube managed to squeak out a 5.8% gain to $3.8 billion in ad revenue, which was still a significant slowdown from the 33% lift it saw in Q1, Google’s earnings report continued to show the effects of advertisers’ pullback in media spending as a result of the pandemic.

Other highlights from the report include Google Play subscription growth, with app and game downloads rising 35% and Google’s “other revenues” category, which include hardware, Play Store and non-advertising YouTube revenues increasing to $5.12 billion, up from $4 billion.

It’s easy to see why Pinterest has seen significant growth. Not only does the platform meet the new needs of the modern day consumer (think: spending less time in stores, and also shopping more efficiently and planning ahead), but it also has invested in new on-platform purchasing options, like letting brands plug their entire catalog into Pinterest, which will facilitate its growth well into the future. This new catalog ingestion process, specifically, increased more than 350% sequentially in Q2 and grew 10x in the first half of 2020. Moral of the story? Don’t sleep on Pinterest.

Earlier this year, Jeff Bezos warned investors that they may want to prepare for a possible loss in Q2 — instead, the company literally doubled its profit. Sounds about right for Amazon. Specifically, the company brought in $5.2 billion, compared to $2.6 billion at this time in 2019. This is after the company spent over $4 billion in what Bezos is called “incremental COVID-19 related costs in the quarter to help keep employees safe and deliver products to customers.”

Aside from the typical numbers presented within earnings reports, Bezos didn’t shy away from telling investors that, since March, Amazon created 175,000 new jobs, committed $27 million towards Black Lives Matter Donations and distributed a $500 million bonus to frontline workers.

Despite what many are calling one of the “worst economic downturns on record,” the biggest tech companies reported surprisingly (or not surprisingly) healthy quarterly financial results. While there’s no denying that these companies did feel the effects of the pullback in media spending, the biggest four tech companies (Amazon, Apple, Facebook and Alphabet) reported a combined $28.6 billion in quarterly net profit.

Fyre Festival-Branded Clothing Up for Auction, Starting at $10