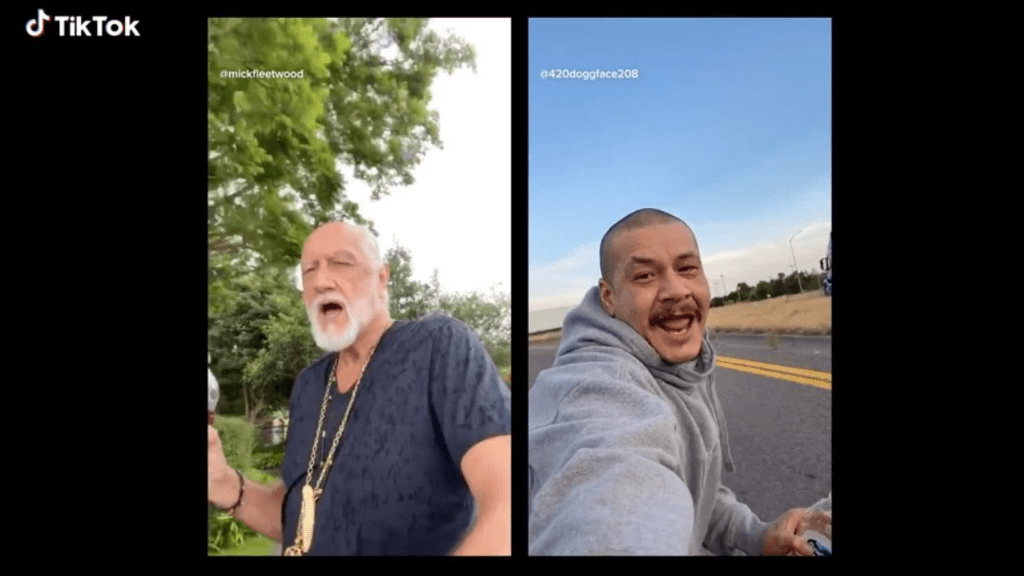 Ocean Spray has skated its way into a viral TikTok trend.

Last month, Nathan Apodaca, a 37-year-old potato farmer from Idaho, found himself on the side of the highway when his car broke down on his drive into work. Instead of waiting for help, Apodaca did what anyone would do in this situation — pulled out his skateboard, grabbed his liter bottle of Ocean Spray Cran-Raspberry, and began lip-syncing to Fleetwood Mac’s “Dreams” — documenting the entire process on TikTok as he traveled to work. The rest was juicy history.

Walk me through the sequence of events.

Within an hour of posting, the video racked up more than 100,00 views and one week later, caught the attention of Ocean Spray’s digital team and ultimately, the brand’s CEO, Tom Hayes. From there, the team acted quickly as they looked for a way to authentically insert the brand into the conversation surrounding the viral video.

The post has gone viral and has caught the attention of literally every mainstream outlet. Celebrities across the world are participating in the “Dreams” challenge. Fleetwood Mac has gotten lots of new fans (and a #1 spot on the charts). TikTok created a new ad spot around the original video which they pulled together in mere days, and #OceanSpray has 27.5m views on TikTok.

The year is 2020 and cran-raspberry juice, skateboarding and Fleetwood Mac have just combined to become the latest viral craze. No you’re not dreaming, this is our reality.

So how did we get here? Let’s break it down. Amidst the monotonous, dreary and we’ll say it — depressing — climate the past few months, consumers all across the world are seeking positive and uplifting content. So, when Ocean Spray had the opportunity to capitalize on a moment to spread some joy through gifting a new truck filled with Ocean Spray beverages, they knew it was the perfect opportunity. The virality that followed? You can attribute that to the video “[soothing] the anxieties of a stressed-out nation.”

It’s also no coincidence that this all came to life on TikTok. Not only does the platform continue to contribute to mainstream culture, but with each viral trend, it also allows the platform to associate its business with these feel-good narratives that will, undoubtedly, help its standing (and very existence) in the U.S. You better believe the platform is taking advantage of that (see: new TV spot).

A new report from Bloomberg has indicated that Google is in the early stages of transforming YouTube into a shopping site.

YouTube recently began asking creators to use YouTube software to tag and track products featured in their clips. The data will then be linked to analytics and shopping tools from parent Google. The goal? Convert YouTube’s millions of videos into a catalog of items that consumers can buy directly —  without having to leave the app. The company is also testing a new integration with Shopify for selling items through YouTube.

Is Google positioning YouTube to become the next Amazon? We think so. While this isn’t the first time Google has tried to integrate shopping features into YouTube, to date, Google has not offered a way for consumers to buy products directly on the platform. If Google does move full steam ahead with all things e-comm on YouTube, it could have a variety of implications for creators and brands.

Starting with the obvious, this would give creators another way to monetize their content — either by partnering with brands and selling their products or through selling their own products (think: influencer-to-consumer (ITC) revenue streams).

For brands, this could open up a whole new opportunity to target consumers at the bottom of the funnel. Currently, most YouTube ads are aimed at the top of the sales funnel (think: introducing new products and brand awareness). By streamlining the online shopping experience from discovery to checkout, advertisers have a lot more to gain from a revenue perspective. As well, advertisers will likely be willing to pay more per ad, if they lead to higher purchase rates — which, hypothetically, would now be able to be tracked directly.

Give me the numbers.

We’ll give you a hint, it rhymes with “hitch.” Amazon-owned Twitch, yet again, takes the cake for most popular streaming platform as it accounted for 63% of total hours watched and 91% of total hours streamed.

Also notable: following the shutdown of Microsoft’s Mixer, the majority of its creators appear to have migrated to Twitch. Twitch now represents 91.1% of the market share for hours streamed, up 14.5% from last quarter. Before Mixer’s shutdown, it captured 14.2% of all content live-streamed — you can draw your own conclusions.

What about the other platforms?

Live-streaming isn’t going anywhere. Not only does it continue to be on the rise, but more and more brands have begun partnering with influencers, using their trusted voices to bring their brand to life on various live streaming platforms.

Still not convinced live streaming is right for your brand? Check this out: 80% of consumers now say they’d rather watch a live video with real footage than read a company’s polished blog post or scroll through a curated social feed. Raw, unedited video makes consumers feel more connected to brands, and by leveraging the trusted voice of an influencer, brands are able to insert themselves naturally in a conversation and establish a meaningful relationship with their target audience.

Not sure where to start? Check out how to get started with live streaming with step-by-step instructions here.

Instagram Adds New Audio Features for Reels, Including Option to Save Sounds for Your Clips

Shift Your Perspective And Think About Influencers As Strategic Consultants

How To Drive Business Growth With Influencer Marketing [Webinar]