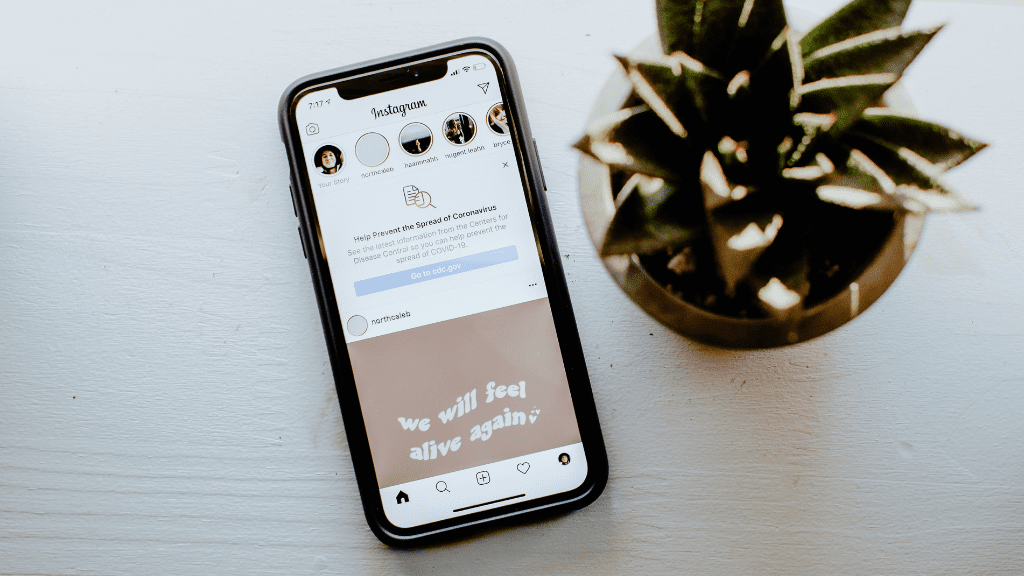 By Abby KatzOctober 8, 2020No Comments

Shop Til’ You Drop on Insta

Just in time for the holiday season, Instagram has made it even easier to shop on its app.

This week, Instagram has announced the global expansion of its shopping services across IGTV. Instagram also said it would begin testing shopping across its TikTok rival, Reels, in the coming months. Short-form video + e-commerce = a match made in heaven?

What’s in it for Insta?

Revenue, duh. On IGTV, users can either complete the purchase via the in-app checkout or they can visit the seller’s website to buy. Instagram, however, is banking on shoppers opting to pay for their items without leaving the app, as this allows the platform to collect selling fees on those purchases (think: 5% of each order).

“By bringing shopping to IGTV and Reels, we’re making it easy to shop directly from videos. And in turn, helping sellers share their story, reach customers, and make a living.” – Justin Osofsky, Instagram COO

I’m not sure I’m following…

Instagram isn’t the only platform seeing the potential for shopping inspired by short-form video content. TikTok, the most popular short-form video app, has also been making its way into the e-commerce space, testing various social commerce features as well as looking to boost its e-commerce operations. Of course, let’s also address the elephant in the room — the platform is  likely about to be acquired in part by Walmart, the second largest e-commerce retailer in the world. Walmart’s back-end support for the app will be crucial, as it plans to provide “e-commerce, fulfillment, payments, and other omnichannel services to TikTok Global.”

E-commerce has become crucial to Instagram’s growth strategy and it’s clear Instagram is going to market with more ways for creators to monetize. With the expansion of Instagram’s shopping features, you can now buy stuff from almost every part of Instagram ( IGTV, Instagram Live and Stories) — it’s essentially like a modern day QVC for people who have shortened attention spans.

For creators and brands, who routinely look to monetize their efforts on the app, the addition of shopping features is especially valuable during the ongoing pandemic as consumers continue to search for products online. For brands, especially, the expansion of these shopping features provides an opportunity to directly integrate influencer-generated content with sales, reducing friction throughout the buyer journey and further accelerating consumers’ paths-to-purchase.

Not Unrelated: Pinterest Doubles Down on All Things Shopping

Instagram and TikTok aren’t the only platforms investing in e-commerce. Last week, Pinterest announced updates to its shopping experiences and ad monetization opportunities ahead of the holiday shopping season.

Talk me through the updates.

For starters, Pinterest is fully opening itself to advertisers as it seeks to further commercialize its platform by allowing ads in more locations (think: placing ads in Pinterest Lens matches, the ‘Shop’ tab within Pinterest search, shopping matches on Pins) and providing greater ad performance insight. Specifically, advertisers will now be able to track audiences’ paths to conversion from each Pin, with in-depth insights on specific Pin performance, like highlighting top-performing pins for driving sales.

It’s no coincidence that Pinterest (PINS) stock is up nearly 125% this year, outpacing Facebook more than 25% and the 40% and 60% jumps for Twitter and Snap. Pinterest has now reached 400 million users worldwide, with the UK emerging as its busiest market outside of the U.S. With this growth, Pinterest has reported an increased demand for shopping functionality, with the percentage of users making a purchase jumping to 50% in the first half of this year.

In a year when more people than ever will be shopping online for the holiday season, Pinterest is looking to streamline brands’ ability to reach as many consumers as possible, and making it  easy as possible for them to buy — and of course, for brands to measure that impact.

You didn’t think we forgot about TikTok, did you? Last week, TikTok announced the launch of three new Duet options, while one of its many rivals, Triller, made headlines for allegedly inflating its user numbers.

If you’re thinking WTF are Duets, we got you. Duets enable TikTok users to respond to other users’ clips, and interact with the original video, adding a new spin on the original creators’ upload. Duets have become a focal point for interaction on TikTok and now, users will have even more ways to engage and participate based on other users’ videos. You can see the new Duet options in TikTok’s official announcement here.

Back in October 2019, Triller said it had reached 13 million MAU and 60 million app downloads. A screenshot provided to Business Insider from ex-Triller employees, however, told a different story — only 2 million MAU on iOS and 484,000 on Android. That’s not all, third-party mobile analytics firm Apptopia estimated that Triller had only 52 million lifetime installs this August — a much smaller number than the company’s reported 250 million.

Triller’s response? The report published is BS, calling it false and misleading, as the information was provided from former “disgruntled employees” who never worked at the operative Triller that exists today.

The short-form video space has been heating up for weeks, with what appears to be almost all leading platforms making strides to solidify their presence — especially TikTok, the clear platform leader, whose very existence in the U.S. remains somewhat in question.

For TikTok, specifically, the launch of three new Duet options have been met with pure excitement from the app’s users, making the platform THAT much more engaging. In fact, the new layouts have become so popular that Facebook’s experimental NPE team picked up the idea (or copied) to design an app called “Collab,” which had the main features of TikTok’s Duet options.

The technologies forging the future of immersive entertainment

Why Marketers Are Embracing Influencers of Color

‘Wildly under-utilized’: What influencer marketing looks like for the 2020 election

Facebook’s Response to The Social Dilemma

Shift Your Perspective And Think About Influencers As Strategic Consultants

Our Philosophy On Influencer Compensation At Mavrck

Mavrck Is #1 In Influencer Marketing Solutions For Enterprise Brands