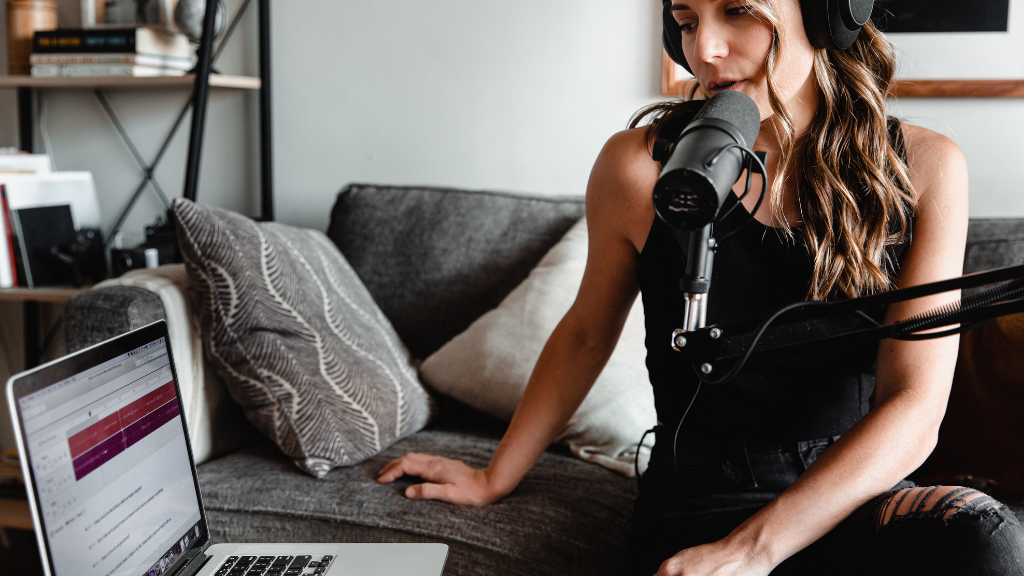 How Influencers Championed the COVID-19 Vaccine

By Alexa BlanchardOctober 8, 2021No Comments

As COVID-19 changed the way we approach public health, government organizations began utilizing the power of content creators and influencers to help motivate the public.

When COVID-19 vaccinations became available to the public in late 2020 and early 2021, many rushed to get the vaccine. But still, plenty of people were and still are hesitant. Discourse over the vaccine’s content and speedy production became targeted question marks for many Americans despite professional recommendations.

It quickly became an important question: how do public health officials reach and educate their audience? The answer came in the form of social proof.

Social proof is the idea that what consumers say online is more trustworthy than what brands say to consumers. In the context of vaccine awareness, public health officials realized that many people who were wavering between “should I or shouldn’t I” may perceive an inherent bias among vaccine manufacturers, government figures, public health officials and even the Center for Disease Control (CDC). To sway public opinion and encourage more trust to receive the vaccine, content creators, influencers, and celebrities were enlisted to encourage their followers to follow their lead and get the vaccine.

Partnering with celebrities and influencers to promote products has traditionally been an effective strategy that has made influencer marketing into the mammoth revenue opportunity that it is today. In the same way celebrities influence product promotion, so too they influence their audience to get the COVID-19 vaccine.

The age of the influencer is now – and the approach to enlist young creators to speak out and encourage people to get the vaccine could mean more awareness and higher vaccination rates. And whether or not the public likes it, the results are clear: it works. Particularly, utilizing micro-influencers who have a strong presence among niche interest groups and their local communities has resulted in vaccine booms in various pockets.

No fear from Gen Z

Gen Z creators speaking out in favor of the vaccine are particularly valuable. Singer and actor Olivia Rodrigo’s appearance and speech at the White House encouraging the public to get vaccinated and reject misinformation created a massive buzz and spawned many more stars opening up in a similar way online.

According to the CDC, the under 24 cohort is lacking in vaccination rates compared to their 25+ peers. Teen and young adult social media stars contacted by government officials are becoming more prominent – but for those who are concerned about bias and payment to promote a particular opinion, most creators are not being paid for those opinions. Those who are being compensated maintain that their content still reflects their honest opinion.

This is because public health advocacy is increasingly becoming a top priority among creators regardless of their regular content niche. Many creators feel responsible to use their platform and widespread influence to speak up – not just about the COVID-19 vaccine, but against misinformation that tends to permeate social media.

They’re also speaking up against excessive partying (during a time of social distancing) in the name of content creation, subtly eyeballing the mega-influencers who don’t seem to care.

Audiences may notice a trend in the age range of these outspoken influencers. Young creators are more likely to involve themselves in social or political causes that they care about. And indeed, the vaccine has become one of the most politicized public health issues of this generation.

For a cohort that was born and grew up in the midst of a technological boom that made information more accessible than ever, it makes sense that Gen Z in particular has stepped into the forefront as one of the most outspoken groups on social media today. In an October 2020 survey that we conducted with 628 respondents, 47% of influencers between the ages of 18 and 24 say that they would be motivated to speak up about an issue they’re passionate about on social media.

The TikTok doctor will see you now

Still, we know that influencers are not the source of medical truth; they know to point to educated, medically backed resources to share with their followers. And the experts are not laying low, either. Many medical professionals and scientific experts have created social accounts specifically for the purpose of sharing truthful information – like the group of black physicians that took to Clubhouse earlier this year to facilitate conversations about COVID-19 and the vaccine with the public.

Yet where there is a rallying cry, there is also discourse – and plenty of anti-vaccine and COVID-19 deniers still lurk on social media with a goal of spreading misinformation. Luckily, most social networks have publicly taken a stand to cut down on misleading information on COVID-19 from politicians, brands and influencers after facing harsh criticism from President Biden.

Moving forward, new challenges with the Delta variant, booster vaccines, serving underserved communities and further research into new coronavirus strains means that standing up for public health is more important than ever. So long as there is still a need, there will surely be more creators encouraging their fans to get the vaccine.

If you’re a brand, here’s what you can do to help: