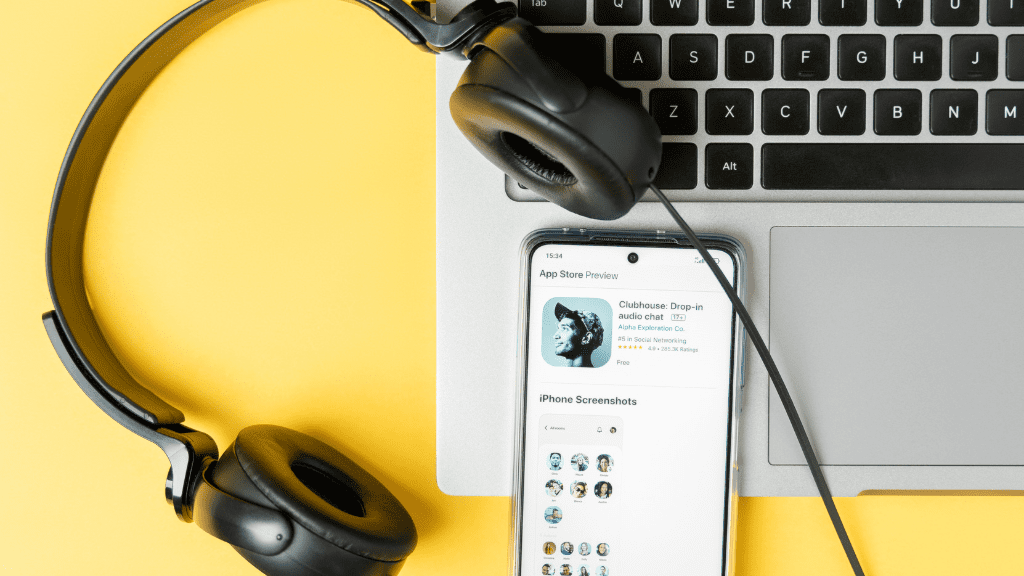 Clubhouse – What It Is and Why Marketers Should Care

Launched in March 2020 by Paul Davison and Rohan Seth, Clubhouse is a rising invitation-only, audio-based app that enables people to host and join rooms to chat in real-time with other people about different topics.

When users first open the app, they are shown a feed displaying all the rooms they can join, including the number of listeners and speakers for each room.

There are currently three types of rooms: Open, Social, and Closed. Open rooms are public rooms that anyone can join in the app, Social rooms are available for people that users follow, and Closed rooms are private rooms that only specific users can join. Room topics run the gamut from business and technology to beauty and fashion, and everything in between.

Along with following people, users can follow Clubs, which are groups created based on shared interests, identities, activities, and more. Clubs typically host recurring rooms, with some having conversations on a daily to bi-weekly basis.

Despite launching less than a year ago and being in beta testing, Clubhouse has gained significant traction with everyday people, entrepreneurs, and celebrities.

As of right now, Clubhouse has 10 million downloads globally with 2 million weekly active users. It’s currently available in 154 countries, including the U.S., Germany, Japan, the U.K., and Canada. According to AppAnnie, the app has had its most significant growth this month, growing from 3.5 million global downloads to 8.1 million during the first half of February 2021.

Its recent growth can be attributed to celebrities’ appearances on the app by Elon Musk, Mark Zuckerberg, Oprah Winfrey, Drake, Chris Rock, Virgil Abloh, Van Jones, Mark Cuban, Kevin Hart, Daymond John, and many others. But before celebrities and high-profiled influencers started flocking to the app, the Black community played a significant role in driving awareness and adoption of the app.

As more users join the app across the world, Clubhouse is becoming increasingly diverse. Although user base demographics are limited, the app is home to creators from a variety of communities.

Why Should Marketers be on it?

From smart home devices to podcasts, the audio-space is growing in usage, attention, and popularity. This, combined with a greater shift towards people looking for new ways to connect with others, Clubhouse provides marketers the opportunity to bridge emerging spaces in audio and community building. Based on its significant growth in the past month, Clubhouse has positioned itself to be the next big social media app. Marketers who become early adopters of the app will be able to capitalize on first-mover advantage.

Because rooms in Clubhouse are set up and organized by shared interest, people in each room already have a mutual investment in the conversation. Brands can quickly leverage that to get in front of targeted audiences that join rooms based on their pre-existing buy-in to the topic. This allows marketers to reach the audience that they care about.

The app allows for long-term engagement through deep and intimate conversions that can be highly engaging and interactive with the audio-only format. Thanks to the uncut nature and personal feel of real-time chat, Clubhouse is a breeding ground for knowledge sharing, idea generation, relationship building, and storytelling. Since rooms can’t be recorded, it creates a sense of FOMO and increases people’s desire to tune into conversations and pay attention carefully. The app’s organic nature automatically humanizes the brand and marketer, making them more genuine and relatable to users. By running a Clubhouse activation to connect with new audiences in a unique way, marketers can increase awareness and build trust.

How Can Brands Use Clubhouse?

Brands can use the app to share information with consumers and solicit feedback about their brand. Recently, RBI, the parent company of Burger King, Popeyes, and Tim Hortons, hosted a Clubhouse room to share information about the company with marketers and consumers. The founders of Bite toothpaste hosted a room to tell the backstory of the company, leading to new customer acquisitions. President and COO of Indeed Labs, Dimitra Davidson, uses Clubhouse to speak directly to consumers and solicit feedback about the products.

In addition to using Clubhouse to share information with consumers and solicit feedback, brands can use the app to partner with creators. Although influencer activations have been minimal on Clubhouse, there have been some great examples of brands partnering up with creators. For example, throughout February, Karen Civil, an influencer in the music space, teamed up with Martell for a series of sponsored rooms that highlighted Black women entrepreneurs for Black History Month. Clubhouse has created influencers that haven’t traditionally been considered influencers. Because the app is organically conversation-based (instead of filtered images or highly produced videos), it’s birthing a new wave of influencers who have a unique outlook on a topic. There is a massive opportunity for marketers to collaborate with creators on the app through sponsored rooms, branded events, Ask Me Anythings, Q&As, panels, and more.

Regardless of the capacity in which brands are using the platform, it’s important that brands focus on providing value to users instead of being conversion-driven.

Like most things, Clubhouse isn’t without controversies. Since its launch, Clubhouse has been the subject of concerns with antisemitism, racism, misogyny, and cyberbullying. Without any moderation of the app, users have the freedom to join and host rooms connected to any topic, even when those topics include hate speech and misogynistic themes. In addition, Clubhouse has been under public scrutiny after a recent data breach.

Conclusion: Clubhouse is a Marketer’s Dream

So is Clubhouse a good fit for brands? In sum, we see Clubhouse as a marketer’s dream. Currently, Clubhouse has shown a lot of potential for reaching a targeted audience within a certain niche. It’s also worth noting that individuals within these rooms are highly engaged as they are opting in to actively listen to the conversation at hand.

As well, these rooms of people with similar interests could eventually allow for targeted ads and sponsorships. While some brands are already sponsoring rooms, it’s likely that Clubhouse will eventually make a more formal option for brands looking to pay-to-play. All in all, there is a lot of potential in Clubhouse and those who are first-movers will, undoubtedly, have the advantage.