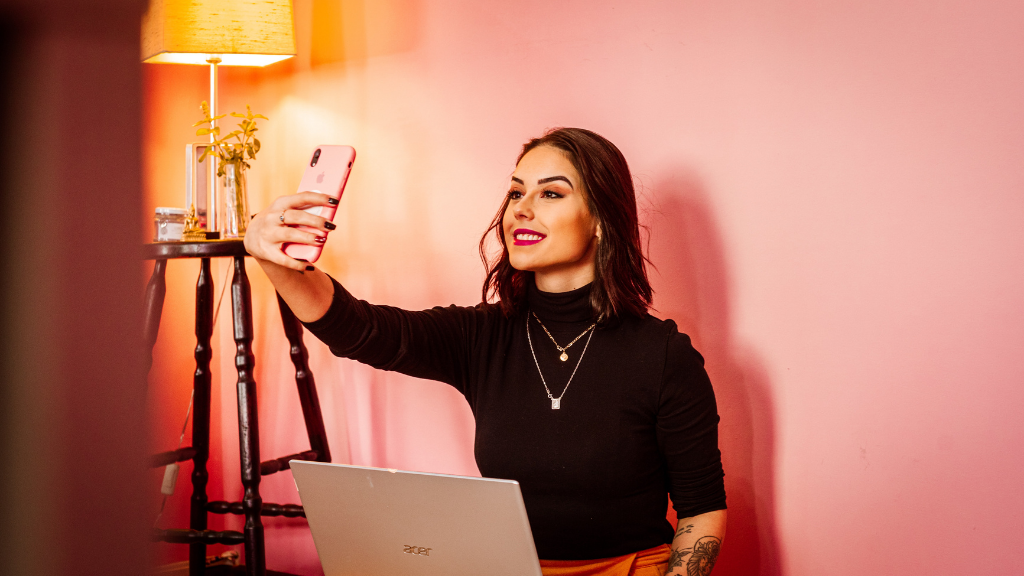 Cameo: How Brands Can Get in on the Action

By Alexa BlanchardAugust 25, 2021No Comments

Can we get a Cameo?

In a pop-culture-driven world, it’s hard to ignore Cameo, the web-based fan service platform launched in 2017 that brings its audience just a video message away from their favorite celebrity. For a fee and a quick registration, anyone can surf Cameo’s database and hire a celebrity to record a video for a list of people the user specifies, from shoutouts to happy birthday messages to pep talks. For a premium fee, you can even hop on a Zoom call with celebrities who give the green light to do so. There are opportunities to get creative, too–with a special requests feature, and the option for celebs to accept or deny the prompt, you never know–users may just end up with a video that breaks the Internet.

Cameo’s uniqueness isn’t just the opportunity for the public to connect with varying degrees of celebrity–it’s also the platform’s viral nature that makes it so widespread. Plenty of Cameo videos are shared on social platforms after they’re published to the buyer, often resulting in trending content that only contributes to the public’s awareness–not just of the celebrity, but of Cameo itself.

Cameo’s model also relies on its star power-though bigger isn’t always better. Cameo’s CEO, Steven Galanis, stated that their ideal celebrity isn’t necessarily the most famous, but leagues more willing-which is why you may not see Leonardo DiCaprio or Taylor Swift’s headshots on the platform any time soon (although, never say never).

The spirit is willing

Still, that doesn’t mean that creators won’t walk away with a big payday. Brian Baumgartner, better known as Kevin on ‘The Office’, made over $1,000,000 through Cameo video messages last year. And Caitlyn Jenner, one of Cameo’s most in-demand personalities, has a waiting list full of pending fans who will eventually pay up to $2,500 to hear a personalized message from her.

Revenue aside, the novelty of a personal message from the likes of Snoop Dogg, Tom Sizemore, Lindsay Lohan, Lance Bass and so many more make Cameo a force to be reckoned with. It’s becoming a hub for the micro-influencer and the lesser-known stars of niche interests, like voice actors from childhood television shows and video games that have resurfaced in a wave of quarantine-induced nostalgia, or stars from not-so-guilty-pleasure reality television.

To that point, each star’s pay range differs – and Cameo allows each celebrity or creator to set their prices. The talent range spans different industries, too – actors, TV personalities, models, athletes, musicians, influencers, comedians, journalists and writers are all active on Cameo. But there is a threshold: talent must apply on Cameo’s website and they must have a minimum of 20,000 followers on Instagram to be considered.

There’s room at the table

Cameo presents another way for influencers to add an income stream to their content creation strategy. Making room for micro-influencers in Cameo’s library of celebrities-for-hire could mean more opportunities beyond Cameo as well as a paycheck, especially for micro-influencers with a loyal following who aspire to create content full-time. And the thing about micro-influencers is that it’s not necessarily the follower count, but the connection to their audience that makes the difference.

From the creator’s perspective, there doesn’t appear to be any risk of jumping on the Cameo bandwagon. Once creators are approved to join and set their rate, they have the option to approve or reject any prompts they receive. They’re under no obligation to produce a certain amount of content, nor do they have to pay Cameo any fees to stay active. They can adjust their rates at any time. Revenue, of course, is not guaranteed. And if the creator happens to damage their reputation? That could be the end of their Cameo stardom, among other personal and career downfalls.

With Cameo’s focus on connecting regular people to celebrities, is there room for brands on this platform? At its core, Cameo is just another avenue to interact with creators, especially with Cameo for Business, which enables companies to hire Cameo’s talent to speak virtually at corporate events or endorse a product. A product endorsement does come with a catch, however – the celebrity isn’t required to speak highly of a product or service they don’t like, and their content cannot be edited to fit a brand’s voice or style. The lack of draft review can be a detriment – or it can make the endorsement that much more authentic, depending on the brand’s view. If reviewing drafts and approving creator content is important to your brand, platforms like Mavrck make it easy to manage.

For brands looking to delve more into the macro- or mega-influencer space, getting a product endorsement via Cameo can be a simplistic, agent-free method to achieve a business goal and spread awareness for your brand. A more formal, long-term brand collaboration may warrant working with an agent or influencer platform – but Cameo’s one-off opportunities seem to let brands bypass that practice for now. With Cameo’s rapid growth, especially throughout the pandemic, their subsequent expansion could dictate changes to their model in the future. Until then, the opportunities in the influencer space await – and brands can get in on the action now.