Brands Stand Out At The Super Bowl #SubjectToChange

By Alexa BlanchardFebruary 15, 2022No Comments

February 15, 2022: Fancy seeing you here! Talk about a meet-cute, right? Super Bowl highlights, pay disparity, Snapchat dreams, and Valentine’s Day shopping are ready for you — all tied up in a bow.

A Rams victory, a half-time show that gave Millennials chills, and our favorite: ensemble commercial casts. 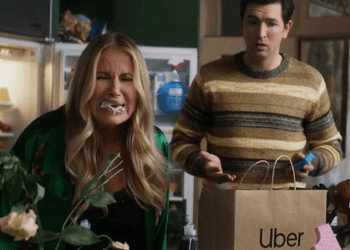 Not gonna lie, we had some faves. The Super Bowl’s iconic advertising always delivers — from the personal to the fascinating to the utterly bizarre. (But hey, they can’t all be winners.) Let’s break down some standouts:

Darker skin tones have not been accurately represented in camera technology. Google’s Pixel 6 Super Bowl ad promotes new advancements with Real Tone, highlighting the nuances of skin tones via authentic imagery captured by an inclusive camera. This new technology is one of the many steps forward in the lifelong journey that companies must take to fully support diversity, equity, and inclusion.

Speaking of progress, did you catch Good Morning America’s story about pay disparity? Black TikTok creators were featured in a GMA segment speaking out about disproportionate pay between Black creators and their white peers, plus the lack of transparency and standardization that plagues the industry. We’re glad to see the conversation being taken to a national platform, and it’s about time.

It’s evident that there continues to be much-needed growing exposure for how people of color experience life differently, in ways white folks have never considered. More awareness, as well as critical thinking about how to be more inclusive and support underrepresented people, will hopefully result in more commonplace equitable practices. Google’s consideration of something as simple as being depicted accurately in a picture points out the truth: for so many, it’s actually not that simple. But it can be. So we keep listening.

That’s why we’re hosting a virtual webinar discussion on Wed., Feb. 16, 2022, featuring an underrepresented creator panel. Karneshia Patton, Paula Carozzo, and Lindsey Gamble will share their perspectives on representation in influencer marketing and how brands can be more inclusive in their campaigns. Register here.

Snapchat’s Getting Its Head In The Game

After a period of Snapchat relegating itself to the background, the pic-driven platform has recently posted positive results, new functionality, and big future plans.

Snapchat reportedly posted strong revenue in Q4 2021 as its user base increased and it experienced a positive cash flow overall. Its growing popularity among young users aligns with  implementing safer practices, such as stronger user control and backend encryption to keep Snapchatters safer. This comes on the heels of new improvements, like chat replies, polls, an updated audio and video call interface, and Bitmoji reactions.

It doesn’t stop there. Snapchat’s been cooking up some innovative initiatives, like the Super Bowl activations showcasing original content and a game-curated playlist. It’s also behind a virtual concert, even promoting the new J.Lo and Owen Wilson film, ‘Marry Me.’ Plus, a selfie drone could be dropping by for a pic, which might help you pick out some new merch with their AR shopping lenses.

We see Snapchat as one to watch. It can be overlooked because it has fewer monetization opportunities for creators compared to other platforms. However, as its functional improvements and innovations increase, so do its original content offerings.

We’re curious about how this will play out. Could Snapchat see success with its original content and pivot toward developing more short-form storytelling, like a mini streaming service? Or, could it enter a new era like YouTube, which put aside similar programming plans to focus on creator monetization? Hopefully, we won’t see Snapchat become Vine 2.0, whose business model resulted in…well, you know the rest.

Love Does Cost A Thing

Social commerce opportunities capitalize on Valentine’s Day-themed activations that span from products to functional updates to pet adoption plugs to… chicken sandwiches? More on that in a minute.

Four For You, Glenn Coco

Ever get the feeling that Valentine’s Day and social commerce are the perfect match? Sort of like strawberries and chocolate, or your credit card and a TikTok live stream. Totally get that — and so does Instagram, whose latest social commerce foray put live shopping in the spotlight on cupid’s big day. And they’re not the only participant, as more brands rolled out campaigns celebrating affection for something everyone can get behind: stuff.

Feed Me And Tell Me I’m Pretty

Facebook caused confusion amongst partners when they rolled out split bill payments and extended voice messages ahead of Valentine’s Day. Chewy swept in with a TikTok campaign promoting adoption, with a host of adorable furever friends. Doordash and Shake Shack partnered up to co-create a delicious dating app called Eat Cute, which takes the swipe process and marries it with buffalo chicken sandwich codes. Though the app closes up shop today, there’s still time to find the savory for your spice.

The post-winter holiday shopping lull may slow down e-commerce for a moment, but the Valentine’s Day hubbub ramps it back up again. Social commerce sees more success by the day as brands keep capitalizing, creators keep collaborating, and shoppers keep spending. Meta, whose social commerce functionalities are growing in scale, reported that over one billion people have connected with a business account through their apps every week. That’s a lot of moola to be made — and more to come, indeed. Especially with advancements in augmented reality coming in hot. 👀