Battle of the Brands #SB50 Edition: The Comeback Kids

Which brands are driving the most buzz among their fans heading into Super Bowl weekend?

In our first post, Shock Top scored as the rookie brand with the most fan engagement and most influential top fans. In our second battle, we break down The Comeback Kids: the brands that will have commercials in #SB50 after being out of the game for a year or more.

We used Mavrck’s Fan Grader to analyze which Super Bowl brand has the most influential Facebook fans, based on each brand’s top 100 micro-influencers and their ability to drive engagements with brand posts, to predict who will be victorious on Super Bowl Sunday.

Scroll down to see which comeback advertiser is pulling the biggest Hail Mary:

Mountain Dew’s Facebook fan base is unparalleled amongst the comeback contenders. Just like our rookie winner in this category, Mountain Dew has been teasing its Super Bowl commercial on its Facebook page. With over 8 million Facebook fans, the beverage brand has the greatest potential reach going into the Super Bowl, but a fan base is not an indication of engaged reach.

The Most People Talking About This 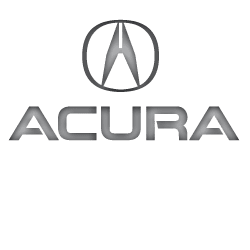 The biggest power play by a comeback brand goes to Acura, for generating a PTAT numbers of over 150k with less than 1 million Facebook followers, the second lowest of the comeback brands. The most likely explanation for this outlier statistic is the ‪#‎DriveAcuraNSXContest‬ sweepstakes that Acura is currently running: Facebook users who tag a friend in a comment on the brand Facebook page enter themselves to win an Acura Coupe for free. The post announcing this has driven 5 million views, over 25k likes and 8k shares, while other Acura posts usually generate a few hundred likes and a dozen shares. Talk about a pre-Bowl power move.

Most of the comeback brands hovered around 50 branded posts in the last 30 days, but the number of comments by micro-influencers ranged from 130, with Michelob Ultra, to a winning 1,038 with Taco Bell. Although it has an average amount of brand posts, Taco Bell is a brand ninja at micro-influencer activation and engagement. The fast food chain alternates between product plugging, video posting, and scholarship touting on its page. Its latest promotion? The ‘blind pre-order’ promotion, which encourages customers to preorder an unknown new item on the menu in order to get it two days before general release to the public. No discussion of the Super Bowl yet, but we’re sure Taco Bell has something up its sleeve…

From its UGC-inspired posts to its engaging promotions, Taco Bell’s Facebook page is optimized for fan engagement: its micro-influencers drove 15,900 engagements in the last 30 days. The closest competition to this was Acura with 3,010 engagements, a relatively low number in the context of Acura’s PTAT numbers of over 10k. Although PTAT numbers and fan engagement do not analyze the same activity, the contradiction between the two means that Acura is driving a lot of empty engagement from people who are not brand micro-influencers. Acura’s campaign is driving fan generated buzz, leading to a high PTAT number, but this buzz may not be driving value for the brand, explaining the low fan engagement percentage.

Taco Bell sweeps the Influencer Index battle, with an average influencer rating of 28.8 engagements driven per micro-influencer comment. Again, not a surprise- Taco Bell has created a brand that engages with its fans and invites engagement in return.

The Comeback Brands with the Most Fan Engagement

Taco Bell sweeps the Comeback brand battle! Although it hasn’t been a regular at the Super Bowl, it’s a regular champ for our Brand Battles- it also won Battle of the Brands: Cinco de Mayo. With its high quality and quantity of fan engagements across all spheres and its winning influencer index, Taco Bell and its army of micro-influencers are the obvious MVPs for this brand battle. Live mas!

Our Super Bowl Brand Battle contenders are scored using Mavrck’s Fan Grader. This free tool measures engagement with a brand’s Facebook page driven by its top 100 micro-influencers on posts published during the past 30 days. The brand with the highest total overall engagement will be crowned the victor. If it comes down to a tie, the tiebreaker will be the highest average Influencer Index, which averages the Influencer Index of a brand’s top micro-influencers, based on the likes and replies driven per comment.

Discover your top 100 most influential Facebook fans with Fan Grader!