NBC announced two days ago (that would be Wednesday for those of you trapped under 30 inches of snow), that it has sold 100% of Super Bowl commercial time.

Let’s face it–there was no real doubt that NBC would sell every one of its 30-second ad slots–after all, last year’s Super Bowl, which aired on Fox, was the most watched television show in US history with 111.5 million viewers. However, that’s not to say the television industry is on the cusp of a Golden Era–a far cry from it. Nearly half of veteran automakers (the traditional Super Bowl advertising kingpins), have chosen to stay out of the spotlight, and even NBC’s own EVP of Ad Sales, Seth Winter, admitted lackluster results. For perspective’s sake, 2014’s ad slots were already sold out by Thanksgiving of 2013.

The slow sales and lack of interest from the regulars has brought on plenty of speculation, and justly so. Automakers account for $514.6 million, or 23.5 percent, of the $2.2 billion spent on Super Bowl ads from 2005-2014.

When questioned, several explained their shifting gears is due to new releases timed for the later part of the year as well as an interest in distributing their marketing spend across different channels instead of focusing on a singular effort. It’s a sentiment not exclusive to automakers, and is glaringly obvious as we follow the advertisers participating on game day. They all share a few tactics that ensure they get the full return on those $4.5 million big ones.
Here are the 4 trends every brand will use during Super Bowl XLIX 2015:

While this isn’t Intro to Marketing 101, it must be reiterated that content is still king–more specifically, user-generated content is still king. If you need a refresher, take a look at The Social Media Statistics that Fueled The Biggest Topics of 2014. By running a campaign that depends on users sharing a video of themselves and tagging their friends to do the same, the ice bucket challenged raised 40x the previous year’s summer campaign, totaling $114 million.

One of this year’s advertisers, Doritos, is no stranger to the tactic. For the past 9 years, Doritos has repeatedly used the power of user-generated content to their advantage. And why not? Thousands of users submit original content that reflects their love and interpretation of the brand in hopes of winning the million-dollar grand prize and a coveted opportunity to have their commercial aired during the Super Bowl. This means fans have to encourage their friends and family to vote and share the video. Doritos has successfully outsourced its video production as well as its marketing!

Pepsi; the halftime sponsor, a Super Bowl veteran, and owner of a 30-second spot this year, is utilizing the same strategy. Users are encouraged to upload videos and photos tagged #halftime for a chance to win a halftime party for their hometown. The most popular town wins the party.

With more than 100 million people expected to tune in, brands have to be conscious of the message their commercials deliver lest they learn the hard way–just ask Groupon.

Even more recently, GoDaddy aired a sneak preview of it’s 2015 Super Bowl ad, Journey Home, only to pull it almost immediately after outrage poured in from the public. The roar on social media was so loud, GoDaddy issued a statement on its website:

“This morning we previewed GoDaddy’s Super Bowl spot on a popular talk show, and shortly after a controversy started to swirl about Buddy, our puppy, being sold online. The responses were emotional and direct. Many people urged us not to run the ad.”

On the flipside, automakers Nissan and Toyota went for straight for the heartstrings with dads.The signs are clear that brands are careful not to step on any of its viewers’ toes.

Facebook announced a live curated hub for fans to congregate during the game. Users can join the conversation by posting “watching Super Bowl XLIX” in their status update.

Considering 82% of fans are expected to check social media or news outlets during the game, and 37% plan on making five or more social media posts (Jason Teitler, Chair of Burson-Marsteller’s Fan Experience sports specialty), Facebook looks to be doing its users a favor.
However, the new feature (which many have observed to be a direct competitor to Twitter’s real-time conversations), opens the floodgates for advertisers. Advertisers can now target audiences on both networks according to their conversation.

While it’s great news for smaller businesses to join in on the ad blitz, it’s a pity no one asked viewers if they wanted to be targeted in this way.

According to Teitler, only 12% of consumers planning to watch the game are interested in what brands are saying on social media. Fans use social media to share their opinions and to read their friends’ opinions–not ads.
Armed with new targeting capabilities, it’s important brands understand they need to be relatable and relevant.

Where 2014 saw 58% of brands incorporating hashtags into their campaigns, 2015 is expecting roughly 75%. Brands are recognizing that the Super Bowl TV ad is simply one part of a much wider engagement network.

If viewers are engaged in a story, they will seek it out online, spend more time with the brand’s content, and share it with their network. Brands can set triggers across this process, and deliver more customized messaging to these users on social media platforms. It’s all about coordinating all the social media touchpoints around the $4.5 million TV spot in order to see the return.

And on that note–GO NEW ENGLAND! (All views expressed in this singular interjection are those of the author and do not necessarily represent the views of, and should not be attributed to, Mavrck) 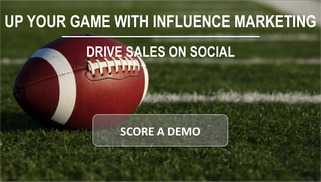