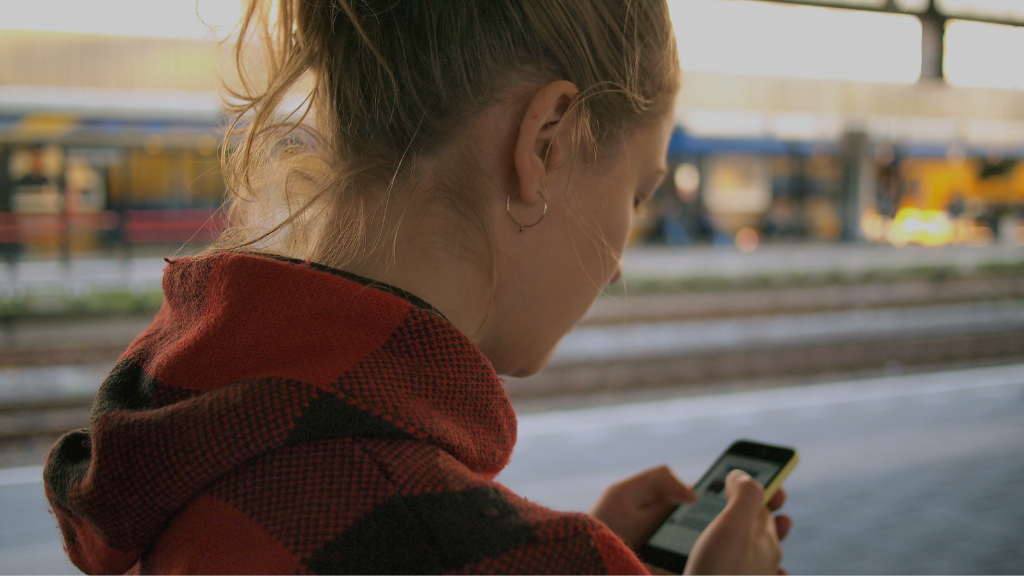 By Alexa BlanchardAugust 22, 2022No Comments

Can Brands Make It On BeReal?

By now you’ve probably heard about BeReal, the French-based social media platform making waves among Gen Zers. It’s a simple concept: just once a day, BeReal notifies you that it’s ⚠️ time to BeReal ⚠️. You have a two-minute window to post a picture on the platform, which only your friends can view. There are no filters, curating, or ability to upload a pre-captured pic. It’s as authentic as it comes.

This is great news for loyal social media users who are fed up with the influx of #sponcon, overly-curated feeds, and constant usability changes (👀peep: Instagram). If you want a simple, yet predictable experience, BeReal is the place for you.

Plus, since you don’t get to select the time that BeReal prompts you to share, there’s a good chance you’re going to be seeing your friends livin’ it up in the same places – i.e. home, in class, at work, or doing any number of nondescript everyday things. And that normalness? It’s kind of the whole point. And the continued growth of the platform proves that users find it refreshing.

Gen Z Is Loving It

BeReal has received praise from its users for being a breath of fresh air, and the numbers aren’t too shabby either. It has amassed a viral following in the last year, with a reported 2.9+ million daily active users. Between word-of-mouth traction and a college ambassador program that won’t quit, BeReal is seeing a lot of organic growth within its userbase.

Apptopia reports that BeReal has been downloaded 43.3 million times since it was released in app stores worldwide in January 2020. Additionally, it was the #1 downloaded non-gaming app in the U.S. App Store as of August 18, 2022.

One of the reasons that users love BeReal is because it’s free of influencers with hyper-curated feeds and tons of sponsored content. It’s a landscape that doesn’t naturally lend itself to influencer marketing culture, like so many other platforms do. So why are brands still taking on BeReal as part of their marketing mix? And when ads are prohibited, how are they able to get away with it in the first place?

We’re exploring three brands that are leveraging BeReal and are experimenting with a functionality that is decidedly unfriendly to brands. Let’s take a look at how they did it.

One thing to remember about BeReal: it’s not flashy. Instead of trying to make pretty pics happen anyway, Chipotle took to BeReal with a mission to do exactly what was asked of them.

For Chipotle, like most brands, that means getting creative. So instead of rejecting BeReal, they posted low-quality, normal pictures – with a twist. They added a discount code to their once-per-day image that gave the first 100 people who viewed the pic a free meal. It was scooped up immediately by followers.

With no paid sponsorship opportunities, Chipotle went in with the same tools that every other user has. It puts brands on the same level as everyone else – no priority for those who pay. And if the success of its discount code is any indication, users aren’t hating the intrusion. After all, if users don’t want to see Chipotle’s content on BeReal, all they have to do is not follow them.

Like Chipotle, e.l.f. Cosmetics posts organically on BeReal and knows the power of offering their audience free products. When it first joined BeReal, it offered free mini kits via a special discount code to its first 150 followers.

Superfans were quick to leverage the code, just like Chipotle’s followers did via its free meal code. These two brands have seen success using the tried and true tactic of offering free products in exchange for the bare minimum. No loyalty posting, no tagging friends, no #sponcon. It’s back to basics with e.l.f., and that has seemingly paid off. But is it a strategy that can last?

For iNNBeauty Project, BeReal is an opportunity to give users a look behind the scenes. With office life and product development initiatives being the most opportunistic snapshots given the random once-per-day timing, it’s a place where superfans can catch a glimpse of the ever-elusive “normal day.”

With its unpredictable timing, BeReal has helped iNNBeauty Project share that it’s more than just a brand — it’s also a place where normal people work doing normal jobs in the beauty industry. It eliminates the untouchable facade between businesses and consumers. With steps toward a more open, authentic connection with fans, BeReal could lead to a shift in social proof – perhaps, a softening opinion when it comes to trusting a brand.

What This Means For Brands Long-Term

BeReal’s authenticity poses an opportunity for brands to be less untouchable and “corporate.” Luckily, with BeReal’s current platform, there’s no pay-to-play option. Therefore, the only way that brands are going to reach users is if people follow them. But with the discovery tab, anyone can post their daily pic to a page where new users can find and follow them.

Sure, brands are going to have the upper hand over non-brand users in terms of growing their followers. But, since the idea of brands on BeReal is counterintuitive, they’re not going to see the benefits that one would on Instagram and TikTok. And that’s the entire point.

BeReal isn’t an instant money maker for brands; it’s a slow burn that capitalizes on the cerebral side of marketing — the one that says “remember us” instead of “buy this now.”

Can brands last on BeReal? Can BeReal last without advertising dollars? Only time will tell — and we’re eager to see how it changes amid a competitive social media landscape. One thing is for sure: BeReal didn’t make a name for itself by going with the flow. We’re sure that this is only the beginning.