A Twitter Party is an online event sponsored by your brand. It’s purpose? To give you the chance to meet your customers, announce a service, launch a product, or simply get people talking! A lot goes in to hosting an effective Twitter Party. Like any great party, it involves a great deal of planning and preparing for things that could go wrong.

It may seem a little daunting at first, but if you prepare and create a checklist, you should be able to avoid the pitfalls. Here’s a list of all the things you should NOT do if you’re trying to throw an epic Twitter Party. That is, unless you feel like throwing a lame party that reflects badly on your brand and loses you followers. Yup, I didn’t think so.

If there’s no theme, your Twitter Party is guaranteed to be scattered and inefficient. In order to stay organized and avoid scattered thoughts and confusion, pick a relevant topic and let people know what to expect when attending your party. Give your Twitter Party a theme or hold it around a real event, a company event, or an event created by your marketing team, to get your customers excited about a certain topic and give them something specific to talk about. This way, you can strategically generate buzz about a pertinent topic such as the launch of a new product or an upcoming speaking event.

2. Don’t Offer Your Guests Anything

Imagine throwing a party without any food, drinks, or party favors? Sure people like good company, but your party is definitely not going to be one for the books. In order to get a good attendance, generate some real buzz, and get people excited, offer your guests something such as free products or coupons and discount codes.

How are you going to get the right people (or anyone) to show up if they don’t get the invite? Committing to hosting a Twitter Party means you need to promote, promote, promote! Here are some tips for getting the word out:

Influencers are like the VIPs at the party. They are the people who are most influential in your space! If you want to have a party that’s the talk of the town, you need to make sure these people are present. Wondering how to figure out who exactly these VIPs are? Try our handy Fan Grader that identifies your top 100 fans. Really want to make a splash? Start our free trial and we can identify influential consumers who already engage their friends around topics relevant to your brand and activate them to deliver powerful branded content on Facebook and Twitter.

You may not need a DJ, a caterer, or decorations but it’s not a rocking Twitter Party without a clever hashtag. You probably know what a hashtag is, but if not, a hashtag is a way for Twitter users to organize information on Twitter. Hashtags makes tweets more searchable and make it easier for people to follow the conversation.

By designating a certain hashtag to your party and encouraging attendees to use it, people will easily be able to follow what’s going on. Pick one that’s simple, direct, short, and not previously taken. In order to find out if a hashtag isn’t already taken, check here.

Even if you did a great job promoting your party and inviting guests, it still may slip people’s minds! Make sure you remind them TODAY IS THE DAY. Shout it on your Twitter, send email reminders, and make sure people are ready for the party to begin!

You’re the one throwing the party; don’t miss any of the action! Make sure to watch the Twitter Party hashtag to follow what’s going on. Use helpful tools such as Tweetdeck, Tweetgrid, or TweetChat to block out outside noise and hone in on the conversation happening around your hashtag.

8.  Leave People to Entertain Themselves

Don’t be the absent host. This is your party and it’s you responsibility to keep it going strong! Control the conversation and keep it moving by answering questions, directing people toward the correct resources, giving away free stuff, and showcasing your brand’s personality. It’s helpful to write a script before the party starts in order to have a plan of action. This doesn’t mean you can’t be spontaneous, it just means you have something to fall back on.

9.  Start the Party Early or Late

You may be raring to get the show on the road but starting a Twitter Party early isn’t the way to go. Neither is starting it late. If you start at 11:03, people will survive, but in order to show you respect other people’s busy schedules, make sure you start at the time you specified. If for some reason you are experiencing technical problems and have to start a little later, make sure to keep attendees updated.

It may seem like a given, but it’s vital to mind your manners. Although a Twitter Party doesn’t involve in person interaction, this doesn’t mean you can lose your sense of etiquette. Be sure to:

You may be enjoying the quiet after the raging Twitter Party you just hosted, but that’s not an excuse to not evaluate what happened (you shouldn’t have a hangover after this type of party!). After you’ve taken a breather, there are a number of things you should take a look at:

Ask your partygoers how your party was! Did they have a good time? Did they find it interesting? How can you make your next party better? Insight into what your customers need helps you with your party planning for next time!

Now that you’ve got an idea of what NOT to do, go throw a Twitter Party to be remembered!

We’ve given you some tips on effective Twitter marketing, but what about Facebook? Check out our eBook for some helpful tactics 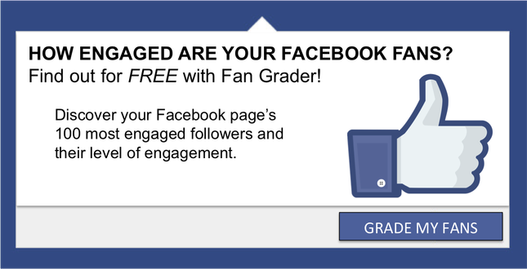