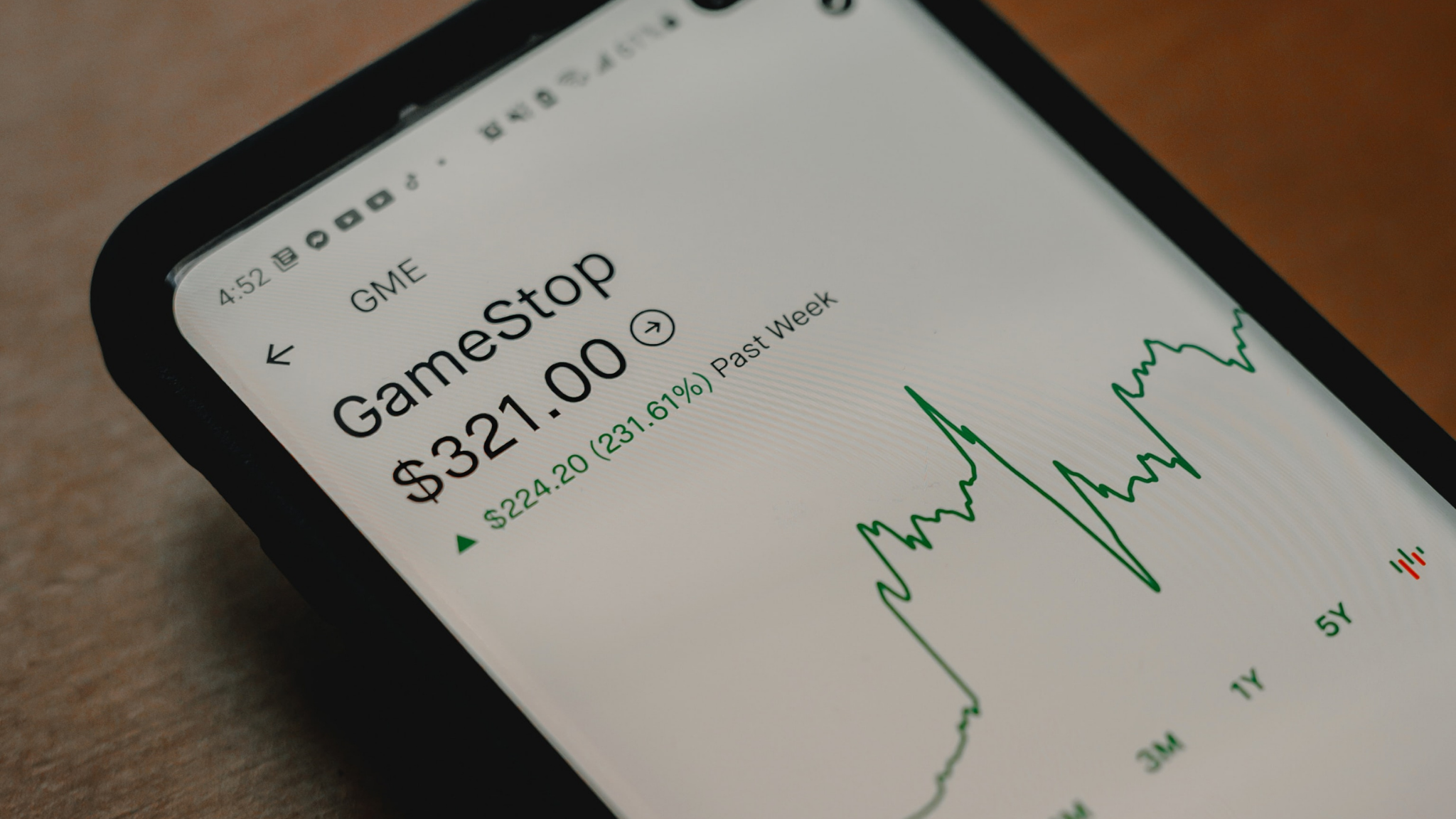 By Madison AltmanFebruary 2, 2021No Comments

February 2, 2021: Hey, everyone! Ever heard of a store called Gamestop? What about Apple? Maybe even Twitter? Let’s jump right in and tell you everything you need to know from the last week!

Gamestop has been in the news more the past week than in 2001 when Xbox was invented. If you’re as confused by this whole situation as we were, we suggest reading this article, or listening to this podcast. You’re welcome.

In 2012, Jaime Rogozinski created the now infamous Reddit page, WallStreetBets. Never did he think his stock discussion board would eventually turn Wall Street upside down. However, this isn’t the first time the Reddit group has gone after failing companies (think: pandemic-struck cruise-liners). In the past year, Jaime took it upon himself to do the housekeeping for the online group and remove distasteful content, hate speech, and even delete the groups private chat room. And yet, a group of 3 million+ became too much for him to control (no shocker there).

This Gamestop story has taken the country by storm — even Popeyes has capitalized on the situation. They are offering free chicken “tendies” with the promo codes “$GME, $AMC, $BB, and $NOK” (aka the stock listings for Gamestop, AMC, Bed Bath and Beyond, and Nokia). With the hashtag #Tendies4Yall, they stated  “we believe no institution should stand in the way of your tendies” – keep in mind tendies is slang for a financial gain on a Wall Street bet.

What’s community got to do with it?

In these COVID times, we are all desperate for social interaction and community, whether virtual or in-person (and we have the time for it). Reddit and other apps like TikTok allow for niche communities to find each other and take action towards a common goal. Even Robinhood was acting as a community of “regular people” until they flipped the switch.

This is literally social proof at its finest. In a business context, put simply,  social proof is the concept that what people say is more trustworthy than what brands (or in this case experts or institutions) say. WallStreetBets users were social proof in action – they showed the country how well their plan was working by literally moving markets, enticing others to join in on the fun. The use of social media fueled this fire, providing information to inexperienced investors allowing them to “stick it to” Wall Street. Even teenagers on TikTok became involved in the plot against baby-boomer investors. These platforms are fully immersed in mainstream culture and are likely changing future investing tactics of professional investors.

Robinhood prides itself on being a platform for the average person because the “financial system should be built to work for everyone,” yet, they shut off their services to retail investors who had no other access to their stocks. Should it have been Robinhood’s decision to block off investors? They are facing countless lawsuits now. This story is still unfolding, and we’re excited to cover what happens next. What we do know is that this Gamestop/Reddit phenomenon combined politics, culture, and social media with being stuck at home amidst a pandemic to create a perfect storm that displayed the power of online communities, social proof, and the huge impact of collective action that can result.

An increase in targeted ad spending over the holidays has led to record-breaking revenue for Facebook. However, Apple is threatening stricter privacy guidelines.

How much of an increase are we talkin’?

According to Facebook’s Q4 Earnings Report,  its profit climbed 53% to $11.2 billion, while their revenue increased 33% to roughly $28.1 billion. Their user base grew 10% to 2.6 billion people across their family of apps, including Facebook, Instagram, WhatsApp, and Messenger. Needless to say, Facebook has no shortage of funds.

So, what does Apple have to do with this?

CFO of Facebook, David Wehner, warns of Apple creating stricter privacy controls in their software as they continue to grow as a competitor. Soon, Apple users will see a pop-up warning whenever an app attempts to access their Identifier for Advertisers (IDFA). This identifier is used to track online activities of Apple users, which in turn, improves ad targeting.

Apple vs. the world

Many companies will feel the burn from this change in privacy settings. Apple has been at the center of criticism in the past for its domination of app distribution within the App Store. Apple requires a variety of fees on paid downloads and subscriptions, which has led to the maker of Fortnite, the dating company Match, and even streaming app Spotify to be outspoken against Apple’s fee structure. Many feel that Apple uses their dominant platform position to dictate how other apps work and gain more shares in other apps and services.

We know what you’re thinking — what does this mean for marketers? We’re not sure yet (but here are some thoughts on that). Let’s not forget about the Facebook boycott – Facebook has lost ad dollars in the past (albeit small) due to the way they care for their users’ privacy. Is Apple just trying to assert its dominance by regulating consumer privacy?

In 2021, we can expect congressional hearings regarding regulatory legislation. *Alexa, show me The Social Dilemma.* We know everything we do online is being tracked and used to affect our behavior through social media. It’s important to ask whose job it is to protect user privacy and regulate misinformation. Expect to see more regulation on Big Tech, and keep a close eye on how this may impact your marketing efforts.

Twitter has acquired Newsletter Platform, Revue and launched Birdwatch to handle misinformation on the platform.

Twitter prides itself on being a one-stop shop for information about what’s going on in the world. Writers and creators of all types take to Twitter, a place where traditionally short-form content was all you could find. Acquiring Revue speaks to Twitter’s effort to give their users a way to better express themselves and connect to an audience. This service will create an easy and free way for anyone to create an editorial newsletter and monetize their audience.

In an effort to promote credible information without silencing outspoken individuals on Twitter, they launched Birdwatch. In order to broaden the range of voices to help tackle misinformation, Twitter is taking a community-driven approach. Twitter users will now be able to flag tweets for review and even describe why they feel the tweet is misinformed. This flagging will take place on a separate Birdwatch site and is being tested with over 100 participants across the political spectrum.

It’s no secret that Twitter had their fair share of backlash in regard to the recent election. This is clearly their way of listening to the critics and making a change. People now associate Twitter with the spread of misinformation. By taking a community-based approach, Twitter is showing that they want to crowdsource viewpoints and there is room for healthy discussion (as long as that discussion doesn’t lead to hate speech). The best way for Twitter to build credibility is to do exactly what they are doing, learn from their mistakes and allow room for improvement.